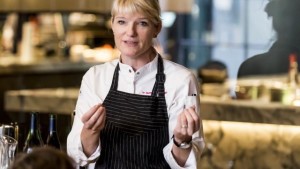 Today culinary history is made with Chef Margot Janse of The Tasting Room at Le Quartier Français, now part of the Leeu Collection, celebrating her 20th anniversary at the same restaurant! There is no Fine Dining chef in our country who has worked in the same kitchen for more than ten years, let alone being able to celebrate a 20th anniversary with the same employer!

Chef Margot arrived in our country from the Netherlands, and entered the Le Quartier Français kitchen at the age of 23. Over the past twenty years Chef Margot has established a reputation of excellence, and has won a collection of national and international awards. Her 20 years at Le Quartier Français kitchen has taken her on a food journey beyond traditional boundaries. In our country she is the chef of the restaurant which has featured on the San Pellegrino World’s 50 Best Restaurants Top 100 list every year over the past ten years, a record not matched by any other chef locally.

She is known for Food Theatre and creating balance on her plates. Her dishes reflect a mix of surprise and nostalgia. She is inspired by 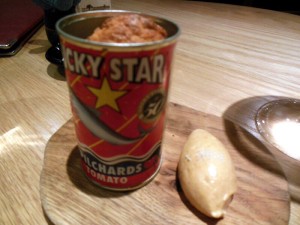 Africa in her cuisine. She loves texture and balance in her creations, and does not like eating or preparing bland or safe food.

She is not one to take, but also gives to the Franschhoek community in raising funds with Chefs Reuben Riffel, Neil Jewell, and Duncan Doherty, by creating a six-course Celebrity Chefs Challenge Dinner, using only the staple ingredients of the Peninsula School Feeding Association, and generating enough money to feed a child for every school day for a whole year.  She and her staff are also involved in a sandwich project for local schools, creating 850 sandwiches per weekday.

Chef Margot is excited about new culinary projects she is preparing for the Leeu Collection. When asked what her signature culinary style is, she said that South Africa is her signature!  Le Quartier Français celebrated its 25th anniversary six month ago.