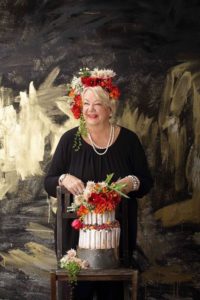 I have rarely written about personal matters on my Blog. I am also long past formulating New Year’s resolutions at the beginning of a year. Never in my wildest dreams could I imagine that the universe would present me with a year of years in 2016, to top any I have ever experienced!

The year started off with the purchase of a new car, trading in my ten-year old car which had served me faithfully.  Experiencing Tinder was fun and funny, and taught me how to communicate with men again, after a long 20 year absence. Despite an attempt to extradite money from me, which I did not pay, it was a valuable experience and training ground in learning to laugh again, and be a little more careful in giving my heart away. I wrote a story on my Blog about my Tinder experience, and I am happy to have connected with so many women, who have had similar experiences, or know of others who lost all their money to Romance Scammers. My Tinder article was included in the American site www.scamwarners.com, and I am grateful that our scam warning went global.

But it was at the launch of the second book by Chef Jan-Hendrik Van Der Westhuizen in March at the One & Only Cape Town, for which I received an invitation from Ian Manley, that I met a wonderful person. Graham Goble came to thank me for the advice I had given him in a guest house-related call he had made to me ten years ago.  He now is a very special friend,  and has become a dinner companion. Chef Matt Manning deserves a special mention for insisting that I bring a date to his One Ingredient Mushroom Dinner, something I was not used to, having gone everywhere on my own before. Many friends have seen the change in my appearance, and my happiness. I tell everyone that I am 18 years old!  I have learnt to laugh, and laugh, and laugh. I have learnt the new age way of communicating via What’s App – in my day one did this via telephone and dates!

The universe blessed me with more. My ex-husband of 35 years divorce messaged me earlier this year, inviting me to visit him and his wife in New York. I was speechless! My friends encouraged me to go. I accepted and booked to travel in July. I cheekily (as one can after such a long period of divorce) asked him to please book a table for me at the three 2016 World’s 50 Best Restaurants in New York. I was shocked when he reported back an hour later, to confirm the three bookings at Eleven Madison Park, Le Bernardin, and Estela. He also booked the two-star Michelin restaurant Atera. A surprise invitation to try two Michelin star Daniel restaurant came from Jacqui Jones, who had seen on Facebook that I was in New York. Through other connections I booked the three World’s 50 Best Restaurants in London:  The Ledbury, The Clove Club, and Dinner by Heston Blumenthal. I also traveled to Wales to eat at the one-star Michelin restaurant of Chef Roger Jones: The Harrow at Little Bedwyn.  It was the first time that I had eaten at Michelin star restaurants, eight out of the nine restaurants I experienced in the two cities. Visiting my son Alex, who lives at the New Forest in the south of England and works at Chewton Glen, concluded an amazing month. I shared the menus of these top restaurants with all local chefs who requested this.

The New York and London eating trip, which I had recorded on Facebook and written reviews about on my Blog, appeared to have created greater awareness for the Blog, and I have been inundated with invitations of wonderful spoiling since then. I spent a wonderful time at Hartford House in August, and was spoilt rotten by GM Duncan Bruce, and the very talented Eat Out Top 20 Chef Constantijn Hahndiek. Another week was spent in Johannesburg in September, where I had the privilege to join the Chefs who Share team of Barbara Lenhard and Florian Gast for their week-long event, with a champagne-paired dinner every evening, and culminating in the Gala Dinner and Charity Auction. I also ate at Chef David Higgs’ Marble, Urbanologi, and at the Social Kitchen and Bar inside the Exclusive Books Hyde Park.

The biggest surprise of the year was being included in an article in VISI magazine, focused on the use of flowers in cake decorating. I have never been made up by professional make-up artists before, and the shoot was organised by Mari-Louis Guy and Callie Maritz of Cakebread (photograph above). They posted an interview with me about restaurant reviewing on their website, a huge honour!

Discovering Instagram earlier this year added colour to my life, and I am extremely grateful to Instagram king Seth Shezi for setting up the account and for guiding me.  It has given me great enjoyment, and has made my Blog look more professional, with better quality photographs.

I have been fortunate to experience a vast number of restaurants this year, and Villa 47 needs a special mention, in becoming a second home, with excellent attentive service, and always a friendly word from the two co-owners Michele Mirotto and Luciano Previtera, Operations Manager Peter Douglas, and Chef Clayton Bell. My other favorites are Hartford House in KZN (see above), and Benguela on Main in Somerset West, with talented Chef Jean Delport.

I have discovered a new love for dancing, and try to get to Constantia Nek every Sunday afternoon, where DJ Rene Tanguy plays the most danceable music from 15h00 – 20h00 at La Parada. I have made lovely friends, united by our love for dancing. I know of no better way to keep fit!  On Facebook I found this apt post: ‘If I had the chance I’ll ask the world to dance, but I’m dancing with myself!’.  I thank Camerata Tinta Barocca under the baton of Erik Dippenaar, and the Cape Town Philharmonic Orchestra, for the beautiful music at their concerts, which has given me such enjoyment this year.

I am at the early beginnings of a spiritual journey, and spent a weekend at Temenos in McGregor last month, learning more about myself. More of this is on the cards for 2017, if the universe wills it.

I am hoping to get to Melbourne next year for the World’s 50 Best Restaurant awards ceremony. I will allow the universe to guide me for the rest of the year, given how amazing my 2016 has been without any pre-planning at the beginning of this year.

I thank all my special friends, new ones which I have met on my journey this year, and the long-standing ones who have given me advice and support when I have requested it, and always were correct with their observations and recommendations (the Tinder ones in particular), for your love and guidance. ❤️❤️❤️