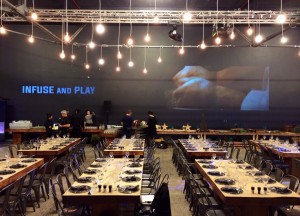 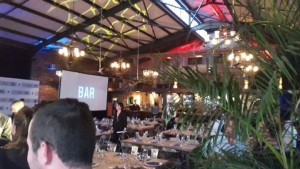 Interesting announcements made during the evening in Cape Town appear to indicate that the Platinum Taste Awards (new name from next year) will take Eat Out head on next year! At the awards event, the name change for next year was announced, as was that the Platinum Taste Awards will introduce seven award categories. It is no longer a criterion for a restaurant to accept American Express credit cards to be eligible for an award.

Anna Trapido was revealed as the judge for this year’s Awards, having left Rossouw’s Restaurants as its judge earlier this year, and having edited its Diners Club Rossouw’s 2015 South African Restaurant Guide. 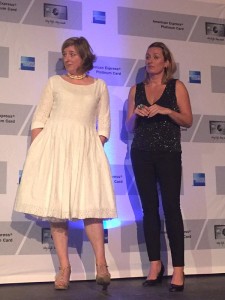 The Western Cape has two new Award winners in La Mouette and The Kitchen at Maison. Four new Johannesburg restaurants have been added to the list: Bistro Michel, Eat, Culinary Table Restaurant, Thomas Maxwell Bistro. Pretoria has three new restaurants in Fumo, Private Gastrolounge, and Le Sel @ The Cradle of Humankind. Trafford’s and  Nicolson’s in Pietermaritzburg have joined the KwaZulu-Natal list.

Overberg (1):  The Pavilion (at The Marine in Hermanus) 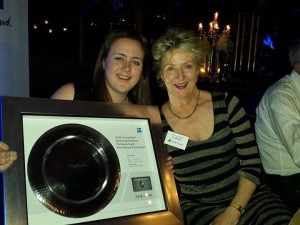 Restaurants which have dropped off the current list relative to last year are The Food Barn, La Locanda in George, and The Orchid Room in Knysna. Johannesburg shed the largest number of restaurants compared to last year: BiCe, Neh!, Osteria Tre Nonni, and Wangthai.

Restaurants not on the list at all are The Test Kitchen, The Pot Luck Club, Equus At Cavalli Estate, Camphors at Vergelegen, Mondiall, Tokara, Indochine, Burrata, Springfontein Eats, The Restaurant at Newton Johnson, Terroir, Foliage, Borage Bistro, and Ryan’s Kitchen, not all accepting American Express credit cards possibly.

POSTSCRIPT 8/9: Nedbank PR agency EPIC MSL Group has sent a media release, without any of the Western Cape winners! The release does state that 100 awards will be presented nationally this year, in the 17th year of the Awards, and that they reflect ‘the epicurean expression’ of the corporate philosophy of American Express. Tamsin Snyman is quoted as saying that the awards recognize the ‘enormous artistic, social and business contribution that our finest chefs and restaurants make to South African life’.  The release announces that four restaurants have been reinstated this year, ‘having failed to meet the required standard in 2014’! The release also states that the judging panel is committed to finding ‘previously unknown gastronomic gems‘,  and this is demonstrated in the doubling of the number of new restaurants this year compared to 2014.

*POSTSCRIPT 8/9: After a further request we have received the full Western Cape list of restaurant award winners, and have added observations for the Western Cape awards relative to last year above.

POSTSCRIPT 15/9:  Nedbank’s PR company EPIC MSL Group has sent the results of the Gauteng and KwaZulu-Natal American Express Platinum Fine Dining Awards 2015.  We have integrated the results above, to provide a national picture of restaurant awards presented. New additions to this blogpost are highlighted in green.