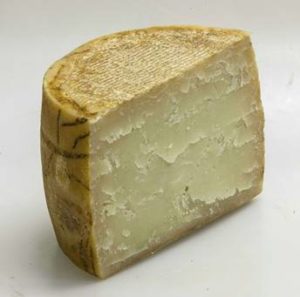 South Africa’s top cheese at the 29th annual World Cheese Awards held in San Sebastián in Spain recently is the Benedictus hard ewes’ milk cheese made by Belnori Boutique Cheesery. The World Champion Cheese 2016 was Kraftkar, made by Tingvollost from Norway.

A total of 3021 cheeses from 31 countries was judged at the World Cheese Awards, a record, with 266 cheese experts from around the globe judging the entries in mid-November.  The countries entering their top cheeses included Australia, Austria, Belgium, Brazil, Canada, Cyprus, Denmark, the UK, Estonia, France, Germany, Greece, Ireland, Italy, Mexico, the Netherlands, Northern Ireland, Norway, Portugal, Romania, Scotland, Slovakia, South Africa, Spain, Sweden, Switzerland, and the USA.  The international cheese competition was organised by the Guild of Fine Foods.

Judging took place as follows:They worked in teams of four, identifying any cheeses worthy of a bronze, silver, gold – or no award. They evaluated the rind and the body of the cheese, its colour, texture, consistency and, above all, its taste. Each of the 66 teams then nominated one exceptional cheese as the Super Gold from their table. These 66 cheeses are the best in the world, and were judged a second time by the Super Jury of 16 internationally recognised experts, who each selected a cheese to champion in the final round of judging. The Super Jury then debated the final 16 in front of a live consumer and trade audience, before choosing the World Champion Cheese live on World Cheese TV, with cheese lovers across the globe tuning in.

‘The World Cheese Awards gives me the opportunity to evaluate cheeses from across the world, in one day, and this assists me in advising South African cheese makers on new trends and methods.  South African cheese makers are not exporters to first world countries and this event gives them the opportunity to benchmark their cheeses against the best in the world and it has become the most important promotional activity for many. Winning a medal at the World Cheese Awards places a cheese on an elevated platform and is a clear indication to cheese lovers of its exceptional quality‘, said Kobus Mulder, consultant cheese maker and World Cheese Awards judge.

The final judging panel, made up of top names from the world of cheese, featuring cheese makers, buyers, retailers and writers, and including Suzy O’Regan from Woolworths Foods in South Africa, debated the top 16 cheeses in front of a trade and consumer audience, broadcast live on World Cheese TV, before announcing the World Champion Cheese.

The World Cheese Awards were held within the framework of The International Cheese Festival 2016, the most important gastronomic celebration in Donostia San Sebastián during its tenure as European Capital of Culture. The main goal of the Festival was to promote and strengthen productive vocations linked to artisan cheese production, jointly boosting culture, gastronomy, and tourism in the Basque Country. The International Cheese Festival brought artisan-produced cheeses to a global audience of professionals, along with the highest quality gastronomic and cultural experiences, from tastings and workshops to conferences and other activities, promoting coexistence and supporting the hard work of artisan producers.  The Festival was open to all, allowing the public to participate in the unprecedented celebration of cheese.