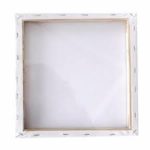 The Sweet Service Award goes to Blanc Canvas in Gardens Centre, and its framing specialist Lisa Janson. I dealt with Blanc Canvas recently for the first time when I had to have a picture reframed after the glass cracked during my move. It was done within a week, at a very reasonable cost. I asked Lisa if she could assist in removing a frame from a painting which I want to send to my son in the UK, and she kindly helped to remove it, without charge. She advised that I buy a tube to transport the painting. But I struggled to roll it and fit it into the tube, so I went back to Lisa for help. She had a wider tube and fitted the painting into it, sealing the open end to make sure that it is not damaged. Once again she did not charge for her service. At least I could leave my newly purchased tube for her to use in future. 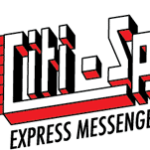 The Sour Service Award goes to CitySprint, for its unprofessional service in delivering a bottle of wine to me. I was called just after 7h00 in the morning, but no message was left. When I returned the call later in the morning, the person answering the call became very defensive about my feedback, saying that he had not made the call. He could not tell me at what time they would deliver, and ultimately he put down the phone. His boss was shocked to hear the feedback, and organised a specific delivery time that suited me.