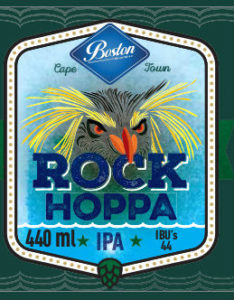 Boston Breweries is displaying innovative marketing of its range of craft beers. It has just announced a collaboration with SANCCOB, donating monies from its sales of Rock Hoppa craft beer to benefit the saving of Rockhopper and African penguins, as well as other seabirds.

The Southern African Foundation for the Conservation of Coastal Birds (SANCCOB) operates a 24/7 seabird rescue centre, rescuing seabirds in distress, I learnt from a media release which I received from Boston Breweries. It also plays a conservation role when there are oil spills along the Southern African coast. They release birds back into the natural habitat once the seabirds have been cleaned 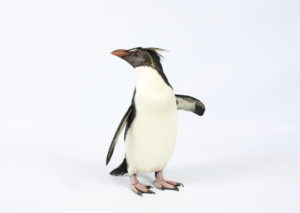 Boston Breweries is one of the longest-standing craft beer producers, and decided to name one of its craft beers Rock Hoppa beer, to reflect its strong hops ingredient. The company’s Managing Director, Chris Barnard, is an avid ocean swimmer, and has done a number of swims to Robben Island, including a swim in which he used butterfly stroke only. He knew about Rocky, and connected with SANCCOB to create a partnership, making Rocky the brand ambassador. For every bottle of Rock Hoppa sold, R1 is donated to SANCCOB by Boston Breweries.

‘Craft beer brewing is seen as a return to the high standards of the past. There is a general swing towards supporting classical crafts in many consumer areas. Craft beers have taken off substantially over the past eight years, and continue to expand‘, says Barnard. Boston Breweries crafts beers to meet specific beer tastes, and encourages responsible drinking.

Boston Breweries’ Rock Hoppa is available at leading establishments and outlets, and costs R 333 per pack of sixteen 440ml bottles, or R83,25 for a four-pack. It contains 5% alcohol.