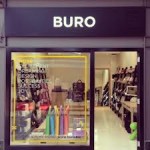 The Sweet Service Award goes to Chrisna Kok of BURO in the V&A Waterfront, upstairs next door to Woolworths, a shop selling Apple-complementary products such as phone covers, and stylish laptop carry cases. Chrisna assisted in changing an iTunes account on an Apple iPhone, and setting up the apps again, and offered practical and understandable technical advice without charge, an exceptional service compared to the Apple store in the Waterfront, which forces one to make an appointment for technical assistance.  She has offered additional help, with an open door for questions relating to any Apple products. 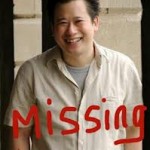 The Sour Service Award goes to the V&A Waterfront for its poor handling and lack of co-operation in the search of Wilkes McDermid, who ‘disappeared’ in or around the V&A Waterfront, having last been seen leaving the Cape Grace hotel on 26 December. McDermid is a food and beverage blogger in the UK and is very active on Social Media, and it was his lack of Facebooking and Tweeting that raised the alarm. He had been at Orphanage the night before and had Tweeted about his experience there. McDermid is a good friend of whisky aficionado Bernard Gutman of Cape Town, and he raised the alarm about his friend’s disappearance.  As we found too, the whole management of the Waterfront was on holiday from about 18 December until the beginning of this week, and therefore Gutman could not obtain permission to view the Waterfront’s security camera footage, and it was not made available to the police.  ‘In simple terms there was nobody on-site who appeared to have any proper authority’, wrote Gutman. An acting manager could not contact any of the V&A management, saying that she would be fired if she were to contact any of them while they were on holiday! For days the Waterfront’s PR Manager Carla White interacted with Gutman, stalling, and stating that the matter was ‘subjudice’ and therefore Gutman was not allowed to see the footage from the claimed 1000 security cameras in the Waterfront.  Gutman expressed his concern to the V&A about the UK media interest in the story, but this did not appear to be of concern to Ms White. Gutman believes after this experience that the Waterfront overclaims the extent of its security and protection of its property, and that there are ‘blind spots‘ in the security camera coverage, which would make it dangerous for parents to leave their children at the Waterfront. He believes that the V&A did not want to hand over the footage to prevent the security breaches from being exposed. The V&A Waterfront’s Tweeter Emma Jackson unsympathetically Tweeted that they could not help Gutman as she worked for the Marketing department, which does not deal with missing persons!  She was out of her depth in managing a crisis in the V&A.  Gutman is relieved that McDermid was traced via his cash withdrawals and credit card payments, and appears to have been in the V&A every day since he ‘disappeared’, but this was not picked up by the Waterfront’s security cameras at all!

POSTCRIPT 12/11 The V&A Waterfront has retaliated to this blogpost and the Sour Service Award, by blocking us on Twitter!  We are regular shoppers at the V&A, so this is poor service indeed.  Surprisingly, they did not protest their tenant BURO winning the Sweet Service Award.