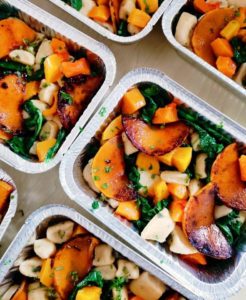 The Restaurant industry is one of the hardest hit due to the Corina Virus in South Africa, having had to endure five weeks of complete closure, then restricted to Food Deliveries in May, allowed to offer Alcohol Sales and Food Collections during June, and now allowed to offer Sit-Down Service without on-site alcohol consumption since Monday 29 June.  As an industry employing an estimated 800000 employees, the UIF and TERS problems it has had to endure in receiving (or not) staff payment has exacerbated the state of the restaurant industry, described by Chefs Warehouse Chef Liam Tomlin earlier this week as being reduced to nothing more than one of Coffee shops!

Many restaurants have decided to not open for Sit-Down Service currently, until they can offer on-site consumption of alcoholic beverages, and will continue to offer the Delivery and Collection of Food and Alcohol.

Restaurants allowed to reopen for Sit-Down Service from today, but do they really want to? Many will wait for Alcohol Sales to be allowed and/or for Summer!

For a list of Restaurants currently open for Food and Alcohol Delivery and Collection as well as Sit-Down Service, see the Facebook Group I created at the beginning of May, updated daily: https://www.facebook.com/groups/261165661682371/?ref=share

The tight controls over the Restaurant industry is taking its toll, the first restaurants closing down completely. On my latest list I have more than 40 Restaurants in Cape Town and the Winelands which have closed down (see below).

A shock closure announced by Chef Luke Dale Roberts during Lockdown Level 5 was that of The Shortmarket Club. SMAK Delicatessen and Eatery on Bree Street, Myoga at the Vineyard Hotel, La Bottega in Woodstock, Empire Cafe in Muizenberg, Buitenverwachting Restaurant (under the guidance of Chef Edgar Osojnik for the past 20 years), and The Kitchen of Karen Dudley and many more have also thrown in the towel, with many others (see below)

New restaurant openings seem unlikely in the next few months, with winter lying ahead, and restaurant cash flows depleted due to the Corona Lockdown. Chef Peter Tempelhoff announced the opening of a new ‘funky’ restaurant in Cape Town on Kfm a few months ago, but no further details of its name, location, or opening date are known.

PLEASE NOTE:  The List of Restaurant closures below is the property of WhaleTales Blog, and may only be used and shared with our permission:

#   The Shortmarket Club has closed down

#    La Bottega in Woodstock has closed down.

#    Empire Café in Muizenberg has closed down.

#    SMAK Delicatessen and Eatery has closed down.

#    Buitenverwachting Restaurant has closed down in Constantia.

#.  Cold Gold Artisanal ice-cream (reopened as a pop-up on 18 July)

#   Café Roux in the city centre has closed down..

#.  Riverine Rabbit has closed down, with Chef Ash Heeger having moved to the UK.

#  Tryn has opened at Steenberg, under the stewardship of Chef Kerry Kilpin, also heading up Bistro Sixteen82, previously Catharina’s.

#  The Korner has opened in Mandela Rhodes House, belonging to Giles Blanc, the owner of The 41 restaurant in Camps Bay,

#.  Old Town Italy is said to open in Cape Town.

#   Chef Jan-Hendrik’s new KLEIN JAN restaurant in the Kalahari Desert is set to open in November 2020.

#.  Le Petite Colombe was to move into a separate building at Leeu Estates in Franschhoek in May 2020.

#   Fritz Schoon has opened where Vida e Caffe was on the corner of Church and Bird Street in Stellenbosch.

Photo Credit: Salsify at the Roundhouse Chef Ryan Cole, a side dish offered for his Personal Food Delivery Service Essentials by Ryan Cole.