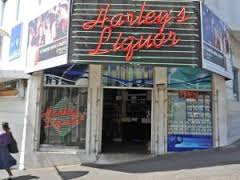 What sounded like an April Fool’s joke was in fact reality, when stringent new operating hours of establishments selling alcoholic beverages were announced, as well as a number of very odd regulations regarding the purchase and storage of such beverages, were regulated via the Liquor Trading Days and Hours By-law.  Receiving numerous complaints as well as threatened legal action from retailers who have been refused alcoholic beverage sales on Sundays, has led the City of Cape Town to call for a further round of comments from the public, as well as from affected retailers.

The City of Cape Town is allowing a 45 day period, ending on 20 May, for comments to a draft of the new By-law, which is only 22 days old.  Following immediate feedback, the City is planning to allow alcoholic beverage retailers in city areas to trade on Sundays, and to trade later than the newly instituted 18h00 time limit on Mondays – Saturdays.  The new By-Law had been through a public participation process, but Sunday retail trading did not appear to elicit any reaction at that time.  Only wine estates are allowed to sell wine on Sundays in the new By-Law.

The City has graciously allowed those retailers holding a liquor licence in built-up city areas to continue trading on Sundays while the comments are being received and evaluated.  Trading hours as per the new By-Law must however be followed.  Gareth Bloor, Councillor for Economic, Environmental, and Spatial Planning, said the City of Cape Town has to balance the needs of the hospitality industry with the health and social effects of alcohol abuse in residential areas in particular, according to its media statement.

The City has lost credibility in capitulating so quickly on its new Liquor Trading Days and Hours By-law, and one wonders why it did not think this part of the By-Law through before its implementation. Threatened court cases may have led to the rapid halt in the implementation of the By-Law clause pertaining to the retail sales of alcohol on Sundays in city areas.