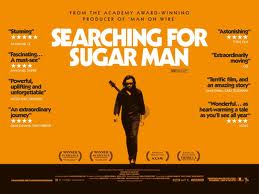 One of the best accolades for Cape Town is the news that ‘Searching for Sugar Man‘ is one of five films nominated for the Academy Awards in the Documentary Feature category, and that ‘Asad‘ has been nominated for Short Film (Live Action).

‘Searching for Sugar Man’ tells the story of Capetonian Sugar Segerman’s search for Seventies American rock star Rodriguez, who was more popular in South Africa than in any other country, and who ‘disappeared’.  Through an internet appeal, Segerman found Rodriguez and brought him back to South Africa for a series of concerts in the Nineties.  Swedish film producer Malik Bendjelloul heard about the Rodriguez story from Segerman, and made a documentary, which won acclaim at the Sundance Film Festival when it was launched last year.  Not only has the documentary been nominated for an Oscar, but it also has been named Best Documentary Feature in the Critics Choice Awards, according to 2Oceansvibe. The bulk of the film is shot in Cape Town, and shows off our City’s icons such as Table Mountain, Lion’s Head, Camps Bay beach, and the scenic Victoria Road between Camps Bay and Hout Bay, with the Twelve Apostles as a backdrop.  Segerman’s record shop Mabu Vinyls off Kloof Street is also featured.  We are surprised by the word for word copying without acknowledgement to the source in the media statement by Mariette du Toit-Helmbold, CEO of Cape Town Tourism, about the role Cape Town plays in the documentary, from our first blogpost about the documentary.  Cape Town Tourism ignored the local release of the documentary on the cinema circuit four months ago, despite its focus on Cape Town, proving how out of touch it is with news about our city!  One can safely speculate that Mrs Helmbold and her PR and  Communications Manager Skye Grove have not seen the film!

‘Asad’ was produced by Capetonian producer Rafiq Samsodien, states the media release from Alan Winde, Minister of Finance, Economic Development, and Tourism, and tells the tale of a boy who struggles to survive in war-torn Somalia. The film was shot in Paternoster, and used Cape Town residents.  The film has already won acclaim at the Austin Film Festival, New Orleans Film Festival, Rhode island Film Festival, and Tribeca Film Festival.

Just being included on the Academy Awards nominations list will boost cinema viewership of the two films, and therefore will promote brands Cape Town and Western Cape in the next two months.  It will also boost the Western Cape as a film destination, offering the services of producers, animators, directors, screenwriters, actors and cinematographers, said Minister Winde.