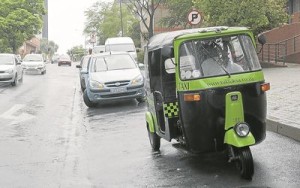 After banning Tuk Tuk taxis in Cape Town four years ago as they were not licensed, the City of Cape Town is now encouraging the owners of the three-wheel Tuk Tuk taxis to apply for the 80 licenses they are making available as a public transport service in conjunction with its MyCiTi Buses!

Planned to operate from September, with licences valid for 3 years, the Cape Town areas in which the Tuk Tuks will be allowed to operate include

#   the City Bowl suburb of Tamboerskloof

The City has not yet announced how many Tuk Tuks will be allowed to operate in each suburb. It has announced that it will prioritise the allocation of licenses to environmentally-friendly electric Tuk Tuks.  A maximum of eight Tuk Tuk operators is to receive operating licences. The mini taxis will only operate within a suburb, with a maximum distance of 3 km. They may not operate on routes at times at which the MyCiTi Buses operate in an area!  It is clear from the City’s statement that they want the Tuk Tuks to become feeder taxis bringing locals to the MyCiTi Bus stops, clearly an admission that all is not well with the MyCiTi Bus service!

City of Cape Town Councillor and Mayoral Committee member for Transport Brett Herron said about the new informal taxi transport service: ‘We want to use this tender process to appoint public transport operators who will operate 80 tuk-tuk vehicles across eight areas in Cape Town and the far south.  The people who will make use of the tuk-tuk vehicles are those who do not necessarily want to make use of a metered taxi service, but also do not want to walk 2km or 3km to their destination‘.