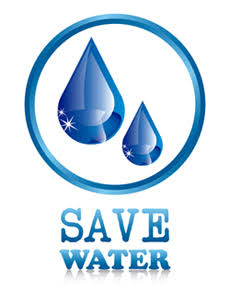 I was recently asked if I would be leaving the country on Day Zero, projected to be 16 April currently, something that had never crossed my mind! It appears that a large number of locals are making plans to leave Cape Town, and reside elsewhere in our country or internationally, where they will have access to water! Quite frankly, I wouldn’t miss Day Zero for anything, as Cape Town will be making world history in being the first city in the world to run out of water!

Other than having booked to travel to France and Spain to walk the Camino, to travel to Italy to write Book 2, and visit my son in the UK, in mid-May and June, I have no intention to flee our country due to the water shortage in Cape Town!

There are far closer destinations to travel to if I needed an easy water source, such as Hermanus, which appears to have a bountiful supply of water. Stellenbosch and Franschhoek appear to be better off than Cape Town, Level 6A water restrictions being implemented on 1 February, with a usage limit of 87 liters per person per day, compared to Cape Town’ Level 6B water restrictions, with 50 liters per head per day, coming into effect tomorrow, on 1 February.

I am a Sagitarrian optimist, and believe that we will survive the water crisis, for the following  reasons:

#   Officially winter commences over Easter, it falling on 1 April this year. No, this is not an April Fool joke. It traditionally rains on Easter, it being the first Sunday after the Full Moon. Historically, the weather has changed to winter  from Easter onwards.

#  Where I go, locals are talking about Water Saving, and share their special ways of reusing water and thus saving it. The daily water consumption has declined already, but it is not yet enough to prevent Day Zero. Punitive water tariffs will be implemented from tomorrow,  and will add to water-saving consciousness.

#   I am impressed how restaurants are addressing water saving in their establishments, especially when Day Zero hits, and with it the hospitality industry generally, and how their water consumption has already decreased. I am doing research on this currently, for a Blogpost.

#   Water augmentation has not appeared to contribute very much to water supply to date. First desalination projects will come on stream, pardon the pun, within the next few months. Ironically our city is surrounded by an ocean. Increasingly restaurant groups and other businesses are considering desalination for their own water requirements.

#   Not every dam is running low, the Theewaterskloof Dam being the worst affected, it would appear. The Steenbras Dam is very full. I’ve been told that the dams on top of Table Mountain are looking well filled too.

#   The V&A Waterfront and the CBD will not be switched off on Day Zero, which means that we can drink and eat in restaurants as per usual in this area.

#   This may not be good for Tourism and our City’s economy, but I am hearing about tourists avoiding visiting Cape Town this year, due to the water shortage, the crisis making front page news in  international media, such as in the New York Times today!

#   We have survived many other crises in our country, including petrol shortages, electricity load-shedding, and even the advent of the year 2000, for which we stockpiled furiously!

As the famous Gloria Gaynor song says: I/We will survive!

POSTSCRIPT 31/1/2018: The Water saving awareness and action appears to be having some benefit, with Day Zero moved out by four days, to 16 April.