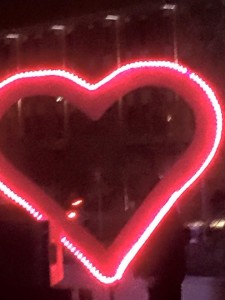 Last night Western Cape Minister of Economic Opportunities Alan Winde officially opened the new Century City Conference Centre & Hotel, a R1 billion investment by the Rabie Project Group. The opening ceremony coincided with ‘Valentine under the STARS‘, the third hosting of the event in three years, and the first time at this 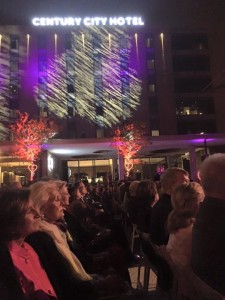 new venue, serving as the inaugural event for the Century City Square.

Minister Winde said that in the past financial year the Western Cape has secured two major conferences with 16300 delegates, to the value of R2 billion: the World Ophthalmology Congress 2020, and the International Fiscal Association 2022 conference. 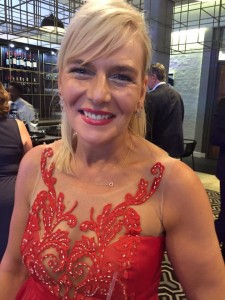 For two nights running this past weekend, ‘Valentine under the STARS‘ was hosted by Opulent Living Experiences, and organized by its Barbara Lenhard and Florian Gast as an open-air concert to celebrate love, set up in the Century City Square between the new conference centre and hotel buildings. It was the first time that the Valentine concert was held over two evenings, expanded due to ticket demand.  The Cape Philharmonic Orchestra, 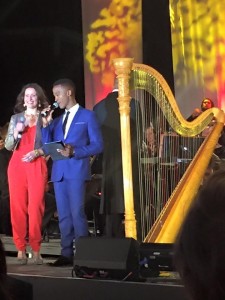 under the baton of Xavier Cloete, and with top singing stars such as Jonathan Roxmouth, Magdalene Minnaar, Lynelle Kenned, and the Gugulethu Tenors, performed songs of love. German harpist and singer Cornelia Patzelsperger impressed with her two numbers, and Expresso presenter and concert MC Katlego Maboe is an excellent singer too!

The highlight of the evening was when Marvin Bourne, who arranged a number of the songs, was called to 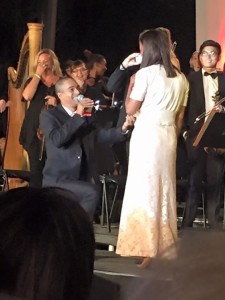 the stage to be thanked, and he in turn called up his girlfriend, only to go down on his knees to propose to her in front of the audience of 1000 guests.

‘Valentine under the STARS‘ was a love-ly way to spend the special event of the year, and there was definitely ‘Love in the Square‘!