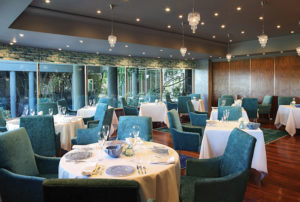 A media release received from the Saxon Hotel yesterday has announced the surprise news that Chef Luke Dale-Roberts is exiting the Johannesburg market on 31 March, after two years of collaboration, to concentrate on his three Cape Town restaurants! This leaves the new restaurant ineligible for an Eat Out Top Ten Restaurant Award for this year.

The media release received from the Saxon Hotel, Villas and Spa announced that Luke Dale Roberts X Saxon ‘will close’ on 31 March, and that ‘a brand new offering headed by Chef Candice Philip will be opening in this space early April 2018’.  I enquired about the new name of the restaurant, 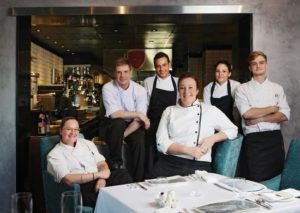 but it has not yet been finalised.

Chef Luke is quoted as saying that the new restaurant is a great opportunity for Chef Candice, and that he eagerly awaits ‘to see what she comes up with at The Saxon to take it forward to its next culinary level’.

Chef Candice is a highly talented creative chef, and she will no doubt have grown even further with her collaboration with Chef Luke. I was very impressed with her cuisine when she cooked for Chefs who Share in the Johannesburg City Hall alongside Chef Piet Huysentruyt, owner of one star Michelin Likoké restaurant in Vans in France (and who is currently in our country with a pop-up of his restaurant in Franschhoek), in September 2016.

2 replies on “Chef Luke Dale-Roberts exits Jo’burg, to focus on his Cape Town restaurants only!”