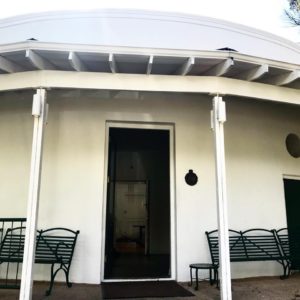 It has been deduced from Instagram posts advertising for new staff by The Test Kitchen Chef Ryan Cole that Chef Luke Dale-Roberts is to open his fourth restaurant in Cape Town, called Salsify @ The Roundhouse, to be located in The Roundhouse in Camps Bay.

The restaurant is named after the Salsify root vegetable belonging to the dandelion family. It is also called the ‘oyster plant’, having an oystery taste when cooked. It can be boiled and mashed, or used in soups and stews. It looks like a parsnip, with white creamy flesh and a thick skin.

I popped in at The Roundhouse on Monday, not having seen a media statement about the new restaurant to date. I was lucky to bump into F & B Manager Raphael Herles, and he told me the following:

#.  The Roundhouse building, a National Monument dating back to the 1800s, is being painted 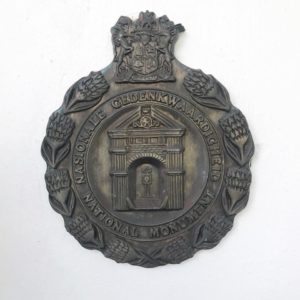 on the inside at the moment. I could not see its inside. It will be run by Chef Luke Dale-Roberts, and should open in October. Raphael has no further details at this stage.

#.  The Lawns is the new name for the casual Bistro and Bar at The Roundhouse, and replaces the former Rumbullion. It will operate from Wednesdays to Sundays from next week onwards, weather dependent, until the end of September, and daily from October onwards.

#.  On Sunday 23 September the third monthly Winter Market will be held at The Lawns, a hugely successful market with a mix of clothing, food, beverages, chocolate, coffee, and home decor stands.

I will report on developments at The Roundhouse as I get to hear more.