‘Chefs who Share – the ART of giving’ is hosting the fourth charity Gala Dinner in September this year, but has reinvented itself in changing its location, and in making an almost week-long event out of Chefs who Share!

For the first time ‘Chefs who Share – the Art of Giving’ will be held in Johannesburg, described by its co-founder Barbara Lenhard, as follows: ‘It promises to be a culinary and creative showcase that will take Johannesburg by storm’. Four international chefs have been invited to participate in a chefs who Share, being Swiss Chef Reto Mathis from Mathis Food Affairs, UK-based Indian Michelin-starred Chef Vineet Bhatia, German Chef Anton Schmaus from Restaurant Storstad, and Mauritius-based Chef Vincent Rodier from LUX* Resorts and Hotels. Chefs Reto Mathis participated in Chefs who Share in Cape Town last year, and Chef Anton Schmaus participated in Cape Town in 2014.

A number of culinary events have been planned for the six days leading up to the Gala Dinner on 24 September, at which seven chef teams of two will cook for 36 guests per team, each team creating and cooking its own menu, for 252 guests in total.

These kitchen heroes will be joined by the cream of the crop of South African chefs for a series of special evenings, starting 19 September and culminating in the black-tie Grand Gala on 24 September. At this highlight, the 14 top chefs will lend their time and creativity to, in seven teams, create culinary wonders for 252 guests only.  Local culinary stars participating this year include Chef Margot Janse from the Tasting Room at Le Quartier Francais, Chef Rudi Liebenberg from the Belmond Mount Nelson Hotel, Chef Chris Erasmus from Foliage, Chef Candice Philip from the Saxon Hotel, Villas & Spa, Chef Dirk Gieselmann from the Four Seasons Hotel The Westcliff, Chef Christo Pretorius from The Twelve Apostles Hotel & Spa, as well as Chefs Jason Millar and Ronald Ramsamy, both with Sun International.

The dishes of the seven teams will be expertly paired with the best South African wines, which are selected by seven acclaimed local sommeliers, one each working per team of two chefs.

On the evening of the Grand Gala, works donated by renowned local and international artists, as well as once-off, unique experiences, will be auctioned. ‘This auction is traditionally an absolute highlight and the generosity of guests is what makes the difference’ says Lenhard.  All funds raised on the evening will go towards youth development, amongst others, The Veggie Box Initiative. This ongoing project provides nutritious meals for children, nutritional education, and aids in developing sustainable vegetable gardens in underprivileged communities. This project began at the inaugural ‘Chefs who Share – the ART of Giving’ event in 2013, at which vegetables and fruit, instead of flowers, were used as event decorations.

‘This event is not just about raising money or enjoying delicious food and buying beautiful art. It is about making a difference. I’m very honoured that the money raised through the week’s various events goes towards changing children’s lives for the better and contributes to making South Africa the special place that it deserves to be‘, said Florian Gast, Chefs who Share co-founder and Trustee.

Through the successful Chefs who Share events of the past three years, a total of R6,1 million has been raised to date. Charities that will benefit from funds raised this year, include The Veggie Box Initiative, MAD (Make a Difference) Leadership Foundation,  and the Click Foundation.

At the Gala dinner seven Finalist Young Chefs will be introduced to Gala Dinner guests, and one of them 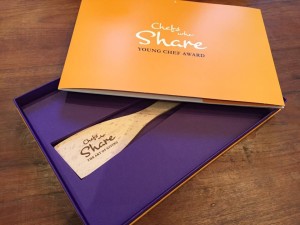 will be announced the winner, based on the creativity of his or her canapé design, produced for the Gala Dinner. A total of 77 restaurants throughout the country has been invited to participate in the 2016 competition to find our country’s most promising young chef. Personality as well as team work will help determine the Young Chef winner, selected by Chef Reto as well as Lentswe Benghu, with the support of the local chefs cooking for the Gala Dinner.

Sponsors of ‘Chefs who Share – the ART of Giving’ 2016 are Deutsche Bank, Swiss International Air Lines, Bulgari, Frey Chocolate, the Century City Conference Centre, as well as hospitality partner Sun International who are the pillars of this concept. Product partners are Moët & Chandon, Wine Essentials, Hausbrandt and San Pellegrino/Acqua Panna. 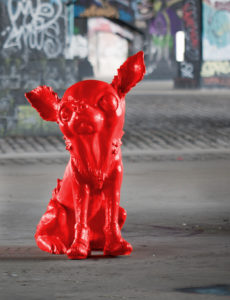