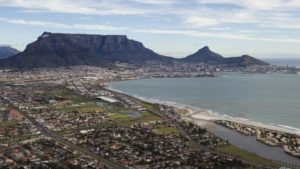 CNN describes Cape Town as one of the world’s most beautiful cities, its ocean and mountain views being what makes it particularly special. It writes that the city experiences four seasons in a day, and that allows its locals and visitors to experience a variety of things to do. Despite the water shortage, it is ‘still one of the planet’s most extraordinary destinations’.

The thirty best things to do in Cape Town follow, but include Stellenbosch and Franschhoek too, showing that CNN is confused about Cape Town’s geographical delineation!

#  Kalk Bay, for its quaint shops and fish restaurants.

#.  Company’s Garden, created in 1652 to feed settlers, and ships passing past Cape Town on the way to and from the East

#.  Slave Lodge, a museum dedicated to the slaves and their rough journey in getting to the Cape

#.  The Old Biscuit Mill, with a food market and housing The Test Kitchen, our country’s top restaurant.

#.  The Promenade in Sea Point, and stretching to Mouille Point, for walking, jogging, and viewing the sunset.

#.  Chapman’s Peak, a beautiful drive on the west side of the city, especially for its afternoon sunsets

#.  Cape Point, the most south-westerly tip of Africa, and said to be the point where the Atlantic and Indian Oceans meet.

#. The Fugard Theatre in District Six, a fusion of a church and a Warehouse

#.  Babylonstoren, in Franschhoek, with buildings dating back to 1690.

#.  Spier Wine Farm, in Stellenbosch, its selection not motivated other than being one of the ‘best known’ wine estates.

#. Franschhoek, dedicated to the French Huguenots, and renowned for being ‘one of the world’s great gastronomic destinations’.

#.  High Tea at the Mount Nelson is a surprise inclusion, there being far better Afternoon Teas offered in the city.

#.  Marco’s for African food, and dancing, even though I have never heard it associated with the latter. Nothing can beat dancing at La Parada Constantia Nek for dancing to DJ René on Sunday evenings.

#.  Castle of Good Hope, the oldest building in Cape Town

#.  Department of Coffee, a cappuccino ‘hutch’ in Khayelitsha.

#. Long Street, an odd choice, when restaurant-dominant Bree Street is the most loved street in the city.

Glaring omissions on the list are climbing Lion’s Head, paragliding from Signal Hill, swimming and tanning on Camps Bay and Clifton beaches, Bloubergstrand for its postcard view of Table Mountain, surfing in Muizenberg, inner city vineyards maintained and harvested by Jean-Vincent Ridon, visiting the growing number of gin distilleries, and the leading African Zeitz MOCCA art museum in the Silo District in the Waterfront.