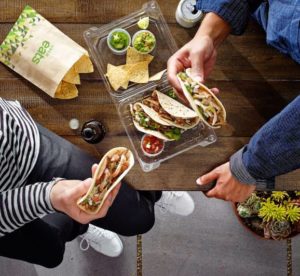 Since the world went into Lockdown, restaurants that were allowed to offer Take-Away food delivery to customer homes have increasingly used Third Party Delivery companies. Uber Eats probably is the world’s largest Food Delivery Company, having added this service a few years ago to its standard driver service. In our country it competes alongside MrD, a company belonging to TakeaLot, masters in e-commerce home delivery. Yet, during Lockdown the tide is turning, one reading an increasing number of warnings against third party delivery services, restaurant patrons being encouraged to order food from restaurants which use their own staff to deliver, locally and internationally. What has caused this negative sentiment!

An article written by American Ranjan Roy sums up the reason for the negativity at the beginning of his article entitled ‘Doordash and Pizza Arbitrage’ : ‘Restaurants feel like they’re getting screwed. Delvery drivers are poster children for gif economy problems. Customers get annoyed about delivery fees. Isn’t business supposed to solve problems? ‘

So what are the problems caused for restaurants and customers by using a Third Party Delivery company? These are some mentioned by Roy:

1. Not using order bags to keep food hot. This affects restaurant staff efficiency, having to deal with customer complaints.

4.  The delivery cost relative to the cost of the food ordered is too high, and this may lead the restaurateurs to raise their food prices.

Roy also writes that Uber Eats is the most profitable division of Uber, yet it lost $461 million in the last quarter of 2019, and quotes Business Insider: ‘there are no winners in this fight’.

An article on Second Measure informed that Uber Eats ‘earned 22% in the US meal delivery consumer spending in April’ (2020).  The American experience shows that consumers are not particularly loyal to a delivery company.

A recent attempt by Uber to buy Grubhub Inc has raised eyebrows in the USA, the deal likely to ‘face antitrust scrutiny’, according to Bloomberg.

In South Africa Business Insider wrote as follows, quoting the Restaurant Association of South Africa (RASA), on the eve of Restaurant Home Food Delivery being allowed on 1 May, as we entered Level 4:  ‘Restaurants are evaluating costs, not having been able to trade for 5 weeks.  The steep cost of Uber Eats, which asks outlets up to 30% commission on each meal ordered, as well as Mr D, which charged 22% in the past, are eating into their profit margins. For the consumer, a 30% commission plus a delivery fee – which Uber Eats also charges – means that a R70 hamburger could end up costing more than R100, says (RASA CEO Wendy) Alberts’. Locally Bolt has become a delivery alternative, going down to a 14% fee.

A number of restaurants have decided to use their waiters as drivers, charging their patrons a flat fee, usually distance-based.

Chain food outlets such as KFC and McDonalds are likely to have contracts with UberEats, locally and internationally. .

Locally and internationally Uber Eats drivers are reported to be eating customers’ Food orders, customers paying for their order but then not receiving it. Business Insider reported last year that an American survey had found that 28% of delivery drivers had eaten food from a delivery. A report in The Drive amplified on the topic, drivers using the excuse that the clients were not at home.

What I have not seen addressed in local or international writing is the health risk of using Third Party delivery partners. Numerous persons have shown on Social Media how Delivery drivers congregate 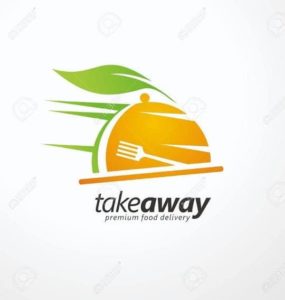 outside the most popular restaurants, chains in particular, waiting for the next order to come through, sitting with other drivers, not wearing masks and not keeping the correct Social Distancing.