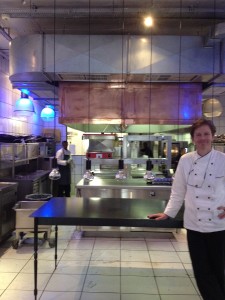 For the first time in the history of the Eat Out Top 10 Restaurant Awards two restaurants belonging to one owner have been nominated for the honoured list. Both Delaire Graff Restaurant and Indochine, under the direction of Chef Christiaan Campbell, made it onto the Top 20 shortlist, which Eat Out announced yesterday.  We are delighted with our best ever Top 20 Restaurant shortlist prediction score, in correctly guessing 18 out of the Top 20 shortlisted restaurants.

The Eat Out Top 20 Restaurant Awards shortlist contained a few surprises, leading one restaurant representative to comment that despite the new judging system and panel, little had changed in the shortlist, with only two newly opened restaurants included, being Camphors at Vergelegen (Chef PJ Vadas) and five hundred (Chef David Higgs).  Surprises were the following:

Prickly Pendock will be shattered to hear that Stellenbosch has once again reinforced its dominance as Gourmet Capital of South Africa:

The list of judges that assisted in evaluating the restaurant candidates is still a state secret. Given how small the restaurant industry is, the great interest in the restaurant awards, the power of Twitter in chefs identifying and greeting their guests, as well as feedback from restaurants themselves as to potential judges eating at their restaurants, some never having been seen there before, we have worked out that the following may be on the judging panel, all with problems in terms of conflicts of interest:

*   Andy Fenner of Frankie Fenner Meat Merchants, who moved from blogging and magazine food writing for New Media Publishing’s Taste magazine and Crush! when he admitted that he could not make enough money from food writing!  He supplies a number of Top 20 league restaurants, and does collaborative events with restaurants, such as Burrata.  He would be recognised by chefs, but they are not always in the restaurant, and he appears to have booked under his surname in some restaurants, and another surname in others.

*   Garth Stroebel is a former South African Chefs Academy co-owner, and appears to consult to restaurants, especially new ones, including Stables and Camphors at Vergelegen.  Most front of house restaurant staff would not know or recognise him, even though he appears to book under his own name!

*   Liam Tomlin is an interesting choice, nor being well-known to front-of-house restaurant staff as the owner of Chef’s Warehouse and Cookery School in Cape Town, with a short-lived stint at Leopard’s Leap in Franschhoek as Liam Tomlin Food, in conjunction with La Motte’s Hein and Hannelie Koegelenberg.  He is known to the Franschhoek restaurants however.

Commenting on the Top 20 shortlist, Eat Out General Manager Aileen Lamb said:  ‘We’re confident in our new approach to the judging process and the subsequent audit of the results. In the interest of transparency, which has been our focus from the outset, we will make the scores available to all the nominees’. Mrs Donnelly added:   ‘This year we have definitely seen a bit of a shake-up. There are some new additions to the list, as well as the consistently great restaurants that continually push boundaries through innovation’.

Restaurants are becoming more casual, Mrs Donnelly added: ‘High quality food is being served to diners who are encouraged to be comfortable and relaxed.  Ultimately, however, it’s the food that counts.  Taste is the emotional component of a dish, making it the most vital element. The scorecards show which restaurants excel in flavour and not just the fussy stuff. Many of our native ingredients have been celebrated, making them the future of South African food’.

New Media Publishing has announced that its 2014 Eat Out 500 magazine will only go on sale at the end of November.  Traditionally it has been released at the Gala Awards dinner.  It will be interesting to see what the Eat Out Top 10 Restaurant Awards Gala evening  on 10 November will bring, in which of the twenty shortlisted restaurants will make the Top 10 list.

POSTSCRIPT 16/10: Eat Out has announced which chefs will prepare the Eat Out Top 10 Restaurant Awards Gala Dinner on 10 November: