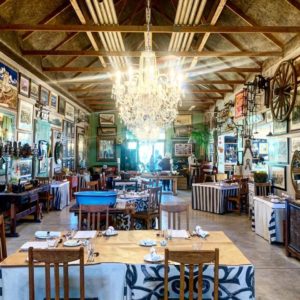 Dineplan, a restaurant reservation system company, conducted a survey shortly after it was announced that Restaurants were allowed to open for Sit-Down Service from 30 June onwards. The survey interviewed diners to understand their willingness to eat out during the Corona Lockdown, to understand their expectations of restaurants, not only for Sit-Down Service, but also for Food Delivery and Collection. A relief for restaurants must be that only 1% of the respondents said that they would not eat out during Lockdown.

The Dineplan survey was conducted amongst ‘over 3300 people’, of which just more than half were from the Western Cape, and 38% from Gauteng, the two largest restaurant areas. The largest age group of respondents was 46 to 69 years of age. In the sample, 82% of respondents ate out once a week prior to the Lockdown, and 46% ate out twice a week or more.

The Survey showed that 68% of diners would eat out within 30 days of Restaurants opening for Sit-Down, increasing to 81% when extended to a two month period. The most likely type of restaurants diners would eat at initially are casual family, bar, and pub type restaurants (68%), the balance eating at fine-dining establishments. Discounts are not necessarily sought, 58% of the sample stating that they would spend the same or more than prior to Lockdown.  Up to 90% of Sit-Down guests would be happy to complete a Health Declaration form on arrival at the restaurant.

Safety and hygiene precautions expected by diners of restaurants would be the rigorous sanitization of chairs and tables in-between bookings (78%), daily employee temperature checks (61%), diner temperature checks (50%), digital menus (50%), and staff wearing masks (45%). Digital menus are preferable to disposable paper ones. Contactless payment is preferred by 82% of the diners.

For diners wishing to eat in-home, almost half would prefer to collect their food from the restaurant. Eat-at-home preferences are for Heat and Eat meals (54%), Takeaway foods (not defined, but probably pizzas, burgers, etc, at 46%), Fine-dining meals (42%), Fresh produce (34%), and Virtual at home experiences (27%). Delivery fees ideally should be below R20, or between R20 – R35, while some would like the Delivery to be free.

Photograph: My photograph taken at Quentin at Oakhurst Barn, Hout Bay, on 12 July.