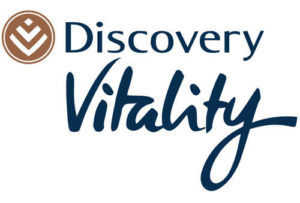 Despite, or maybe because of the new Discovery Miles introduction, the  Discovery Vitality website appears to have crashed since Friday 17 January, its information about one’s fitness performance being completely incorrect compared to the actual steps and heart rate achieved since the start of the weekend. On Saturday and Sunday one could not access the Discovery Vitality website. This was confirmed at the Discovery Shop in Sea Point yesterday afternoon. This follows the debacle in introducing the Discovery Miles and doing away with Vitality Points on 15 January 2020, which in itself has attracted criticism.

On my visit to Discovery in Sea Point, I was shown the following notices on the Discovery website, a clear admission that there is something vastly wrong with its website:

On Friday I awarded Discovery a Sour Award for the disappointing launch of the over-applauded Discovery Miles, which led to not receiving a chance to play the Game board despite my fitness activity remaining the same, and not seeing any Woolworths or Pick n Pay vouchers as rewards, as was suggested in the media hype! I have a follow-up story on this introduction planned, it appearing that I am not the only Discovery member who is disappointed by the change.