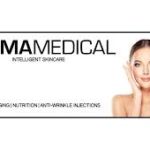 The Sweet Service Award goes to Dr Jemma Simpson, an Aesthetic Doctor at DermaMedical in the Garden Centre, and her treatment of aesthetic medicine on a trial basis, which was organized by Marina Nestel. She analyzed my skin, and has prepared and is implementing a transformative treatment plan to bring out the best features of my face. 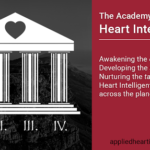 The  Sour Service Award goes to The Academy for Applied Heart Intelligence, and its owner Gabriel Gonsalves, for its dishonesty in not refunding the money I paid for a weekend Workshop in November, which I had to cancel after an operation, feeling more drained at the end of that week than I had anticipated. Gonsalves, who claims to teach others spirituality, had cancelled the Workshop which I had booked in October with two days notice, and suggested I move it to November, and even offered to refund the money. When I requested my refund, he refused, writing that the cancellation policy is seven days, reinforcing his lack of spirituality!