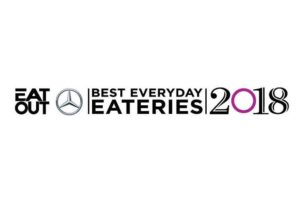 It’s an Eat Out week, with the restaurant guide announcing not only its Top 30 Restaurant nominations for 2018, but also celebrating the top Everyday Eateries for the Western Cape, Gauteng, and KwaZulu-Natal. Generally most would find the Eat Out Everyday Eatery choices to be acceptable, but could question why in some categories restaurants were not awarded.

Eat Out announces the Top 30 Restaurant list for 2018: some surprise inclusions and exclusions!

The Eat Out media statement informs that Best Everyday Eatery awards were presented in Cape Town and Johannesburg, for the Western Cape, Gauteng, and KwaZulu-Natal last week. Using customer ratings of restaurants on the Eat Out App, categorised by Eat Out, for the period 1 September 2017 to 31 August 2018, as well as scores from ‘professional Eat Out critics’, the winners were announced, of what Eat Out describes hilariously as ‘…your new everyday eatery bucket lists’!

What is shocking to see is how Eat Out has no consistency in its awards, and the Everyday Eatery Awards are a good example. Last year Best Mexican, Best African, Best Foodtruck, and Best Tapas Eateries were categories recognised. I wrote that Best Tapas was a category created especially to accommodate the ego of Chef Liam Tomlin, and his Chefs Warehouse on Bree Street, probably because Eat Out knew that it did not even make Top 20 in its 2017 Top 10 Restaurant Awards! Now it has disappeared!

The Best Everyday Eatery winners in our province are the following: 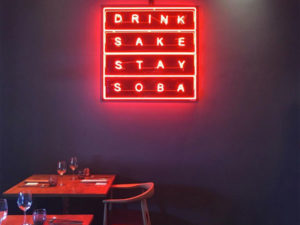 #   Best Bistro:  Avontuur outside Somerset West was declared the winner. It was the favorite restaurant of my late father, its duck in particular. The new Skotnes Restaurant at the Norval Foundation in Tokai was recognised as Highly Commended, the kitchen being run by Chef Phil de Villiers. When I ate there, I found the food to be better than the service. The Skotnes link is tenuous, as there is only one of his paintings in the restaurant, the rest of the walls being glass.

#  Best Burger Eatery: Jerry’s Burger Bar in Blouberg. I have no experience of this Eatery, or any of its other branches. This Eatery was Highly Commended, there being no winner in this category, a 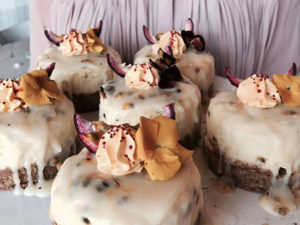 surprise when one considers how many hundreds of outlets serve burgers!

#   Best Coffee Shop: Pajamas & Jam Eatery in Strand, its quirkiness in terms of the interior, being a shop selling second-hand furniture,  reflected in its name. I did not see any Pyjamas when I visited there a few times. It is trendy for Somerset West ladies, and couples on weekends, to eat and drink coffee there. Boston Coffee in Bellville was Highly Commended. 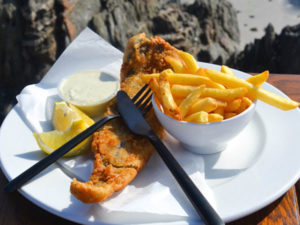 #   Best Country-Style Eatery: Ons Huisie in Blouberg, a very long-standing restaurant, at which I ate many many moons ago already. It must have improved, having gone through a bad patch at one stage. The fish and chips presentation in the photograph looks good. This category belonged to Karoux in McGregor, it winning this award regularly, but no longer exists after the very sad passing of its co-owner Aimee earlier this year. The Karoo Art Hotel in Barrydale was Highly Commended.

#   Best Indian-Inspired Eatery: The Indian Chapter with Prim Reddy in Blouberg, winning this category award for the second year running. Prim is highly loved and regarded for her Indian cuisine. Marigold in Franschhoek was Highly Commended, with Chef Vanie Padayachee at the kitchen helm. 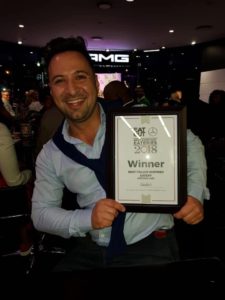 Best Italian-Inspired Eatery: Giulio’s, in the city centre, offering breakfast, fabulous salad lunches, pizza and pasta, and dinner on some nights of the week (proud owner Giulio left). Giulio and his mom Franca Loggerian are passionately Italian, but proudly South African. A Tavola was Highly Commended.

#  Best Seafood Eatery:  Kyoto Garden Sushi in Gardens. This is 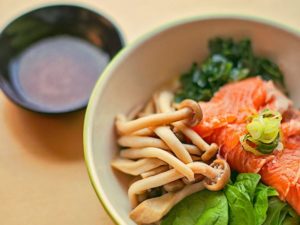 an odd choice, one hardly thinking of seafood when eating here. There could have been no better restaurant choice for this category than SeaBreeze on Bree Street, it not even being recognised 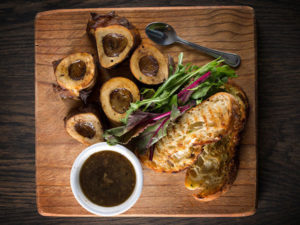 for Highly Commended. Come on Eat Out!

#   Best Steakhouse: Rare Grill in Kenilworth, the second year that it has won this recognition! Owner Greg Bax is passionate about his meat and his small eatery. No other steakhouse was Highly Commended. 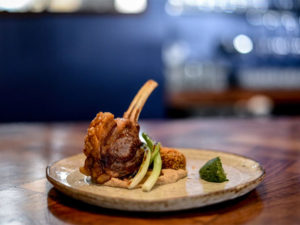 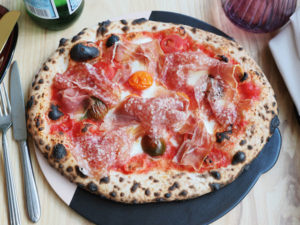 restaurant, just 18 days old when the judging period ended at the end of August! And for an ordinary pizza! Another touch of Eat Out favouritism, given that Chef David has been an Eat Out judge in the past. Gemelli in Bryanston Highly Commended.

#  Best Tapas Eatery: Urbanologi. When I ate there in 2016 we experienced very poor service, 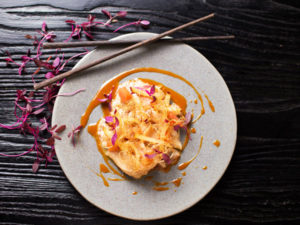 Eat Out did not award eateries offering a Burger (there must be hundreds in Johannesburg alone), Seafood, Indian-Inspired, and a Country Style food focus in this province.

#  Best Bistro: 9th Avenue Bistro in Morningside in Durban. Once a Top 10 restaurant very long ago earned by former owners, this restaurant is a joke, as I experienced both in 2015 and 2017. Durban has nothing else to offer, as I experienced when I last visited the city a year ago. No Highly Commended Bistro.