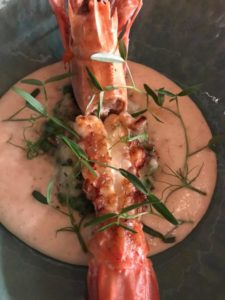 Last week I wrote that Eat Out has announced that it is changing to a Top 30 Restaurant shortlist for its 2017 Awards. As is customary. I have tried to predict which top South African restaurants will make the Top 30 Restaurant shortlist, which should be announced by Eat Out shortly! I have struggled to find more than twenty worthy restaurants to make the Top 30  list!

The rules for the selection of the Top 30 restaurants, as well as the judging criteria, are summarized below:

Eat Out Restaurant Awards 2017 change yet again, as does its Awards ceremony!

My Top 30 Restaurant list prediction below is presented in no particular order. I have selected restaurants, without a motivation, many included against my better wishes, and only to try to get to the 30 restaurants that Eat Out might announce as its Top 30 restaurants:

A number of restaurants are not eligible for the Top 10 Restaurant Awards due to Chef changes in the past twelve months:

Delaire Graff: Chef Michael Deg left the main restaurant at the end of September. He has moved to Cavalli Estate.

The Kitchen at Maison: A Top 10 restaurant in 2016, but no longer eligible due to Chef Arno Janse van Rensburg leaving at the end of October, to open Janse & Co in Cape Town. His successor has not yet been announced.

Rust en Vrede: Top 10 last achieved in 2015. Chef John Shuttleworth has left, to return to the U.K., and has been replaced by Head Chef Fabio Daniel.

The following restaurants opened during the course of the last year, but did not meet the opening deadline of 1 November 2016, to be eligible for the Awards this year: Reuben’s Franschhoek, Thali, Chef’s Warehouse Beau Constantia, Luke Dale-Roberts x The Saxon, La Petite Colombe (taking the space of the former Tasting Room at Le Quartier Français), Tintswalo, and La Tête.

#  De Grendel was named a runner up in the Best Country Style restaurant category, so will not be named a Top 30 restaurant

#   Karoux did not win in any of the Award categories, strengthening our prediction of it being included in the Top 30 Restaurant list!

POSTSCRIPT 19/10: Eat Out has announced that it will only announce its Top 30 finalist restaurant list in November. At the Awards event there will no longer be a sit down meal. Food will be served, perhaps in canapé style. The chefs preparing the food for the event have been announced as Margot Janse, Chris Erasmus of Foliage, Scot Kirton of La Colombe, and Michelle Theron of Pierneef à La Motte.