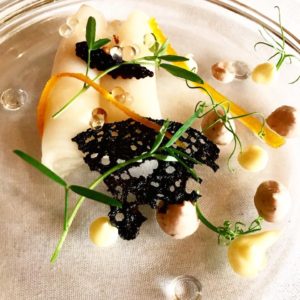 #  The most exciting opening is that of Le coin Français by Darren Badenhorst, on the 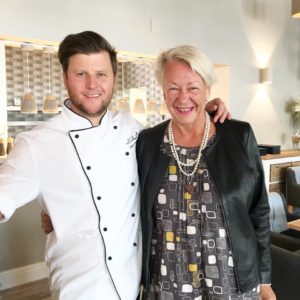 main road of Franschhoek. The restaurant is beautifully appointed, and offers a 6 and an 8 course Tasting Menu. Chef Darren was previously the Executive Chef at Grande Provence. Wines from Franschhoek and from France are served. Best restaurant in Franschhoek now (main photograph). Tel 074 126 0022 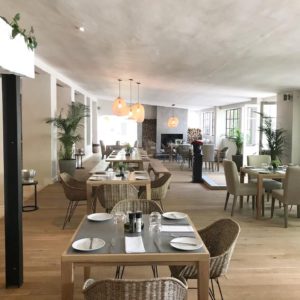 La Paris Bistro & Deli has opened outside Franschhoek, a beautiful estate on which vines have been planted, for the production of sparkling wine, as well as Shiraz. GM Alice Mfundisi has a firm grip over this operation, with a number of events and wedding venues, all tastefully and understatedly appointed. Chef Nico Vorster heads up the kitchen. Tel (021) 867-0171 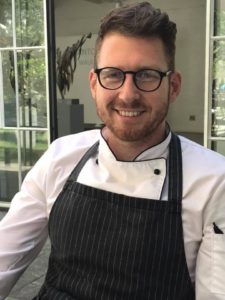 #.  Chef Guy Bennett (right) has taken over the kitchen at Grande Provence as its Executive Chef. He is still working on his new menu. Chef Guy was previously at Delaire Graff. Tel (021) 876-8600 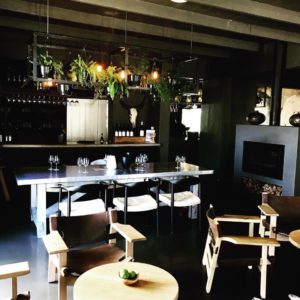 Interesting news is that Chef Liam Tomlin is taking over not only The Kitchen at Maison, but also its Deli and Tasting Room, to be called Chefs Warehouse at Maison. Chef Arno Janse van Rensburg has just left Maison, after six years at the winery, He is opening Janse & Co in Cape Town in December. Chef Liam is likely to continue his Tapas offering at this property, a first for Franschhoek, a massive departure from the Tasting Menu which Chef Arno offered. The restaurant and tasting room recently underwent a renovation and decor upgrade.

#   La Petite Colombe: I am unable to comment, as I have been refused the opportunity to eat at this restaurant. A confirmed booking was cancelled two days ahead of time by the restaurant.

#.  Le Petit Manoir Restaurant is to open on main road.

Franschhoek is an exciting village to watch, currently having more exciting restaurant openings and changes as well as chef movements, compared to any other Town or city in the Cape.