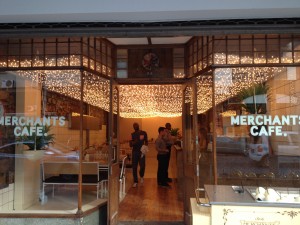 Rey Franco, FEDHASA Cape chairman of the Restaurant and Catering Industry segment, seems to be out of touch with the segment which he represents, in claiming in Cape Business News that 27 new restaurants opened and only three closed down in the Cape in the past year!  The situation is much worse in terms of restaurant closures, despite far more new restaurant openings.

The article emphasises how tough the restaurant industry is, with rising cost of food, electricity and gas, rental, and staff a major challenge, as is the tightening budgets of restaurant patrons.  The restaurant industry is highly overtraded and fragmented, and Franco says that ‘keeping a restaurant above water (sic) has always been a tough challenge’.  He adds that only a few have a winning ‘recipe of setting, food, social placement and value proposition’.

The larger franchised restaurants have done well in the past year, the Spur Corporation’s sales having increased by 17,5% in the last six months of 2012, whilst the Famous Brands franchises of Steers, Debonairs, Wimpy, Mugg & Bean, and Fishaways jointly increased turnover by 13% last year.  It is the smaller independents that may face another bleak winter to come, starting early this year due to the early Easter, which is synonymous with the end of the summer season.