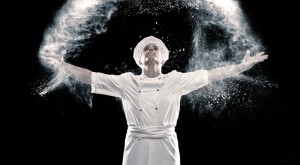 The S. Pellegrino Young Chef 2016 finalists have been announced, ten finalists from twenty world regions competing to win the regional Honours, before 20 winners of the 20 regions meet each other in the Grand Final of the international Young Chef 2016 contest.

The Africa-Middle East finalist list has a lower South African young chef presence, yet half of the finalists are from our country. Interestingly, they are widely spread across our country, and not predominantly 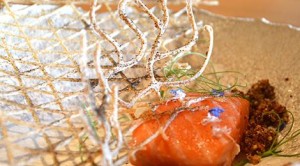 from Cape Town, as one would have expected. The five local chefs that have made the Africa-Middle East finalist list are:

#.  Andrew McKinnon, from DW Eleven-13 in Johannesburg,  with his ‘City of Gold‘ dish

#.  Dean Jones, at The Tasting Room at Le Quartier Français in Franschhoek when he entered, but now at Copperleaf at The Els Club golf course in Centurion (Pretoria), with his ‘Net Caught Fish & Chips‘. (photograph right) 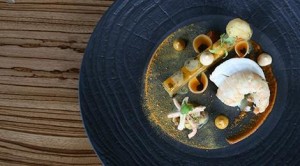 #.  Phillip Nel, Rust en Vrede in Stellenbosch, who has named his dish ‘The 3 little pigs went for Sunday lunch’

#. Jean-Claude Wagener of Something Good Roadhouse in Port Elizabeth, for his ‘Karoo Lamb’.

From Mauritius, Chef Kevin Hook of La Spiaggia will compete. The Dubai finalists are Michael O’Shea of The Ivy, Eka Mochamad of Bateaux Dubai, and, Gregoire Berger of Restaurant Ossiano Fine Dining of Atlantis The Palm. Azman Harda of NINO – Kharafi global in Kuwait is the 10th Finalist.

Chef finalists are between the ages of 18 and 30 years old. The regional competitions take place between May and 15 August, at which the signature dish has to be cooked. In October the finals take place, one winner per region competing against 19 others over two days in Milan.