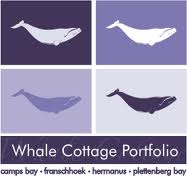 On 28 September 2008 we posted the first blogpost on this WhaleTales blog, not knowing where this journey would be taking us.   Five years and close to 2000 blogposts later, we look back as well as forward.

I had set myself a goal of blogging daily, and while I question my wisdom  at times, it has kept the rhythm going, and forced me to find material to blog about. My biggest fear is that I will run out of things to blog about one day!

The statistics from Google Analytics help in casting an eye back: in the five year period we have achieved 1,4 million pageviews, with 759452 unique readers. We were a Finalist for the SA Blog Awards’ The Most Controversial Blog in 2010, and try to stay true to this accolade.  We have reached the 5th position on the amatomu.com Popular South African Blogs list.  We have been included in the 100 Great SA Travel Twitter Feeds.

Many of the most popular blogposts over the five year period have been Restaurant related.  Our Blog Top 10 most read blogpost list between 1998 – 2013 is as follows:

1.   Cape Town and Winelands Winter restaurant specials, with a listing of more than 100 restaurants, reflecting the generosity of the restaurants in our area whilst helping them with their cashflow, when business is slow in the winter months.   The 2013 winter list has been retweeted 435 times.

2.   The passing of Ferrero Rocher President Pietro Ferrero in April 2011 of a heart attack whilst cycling between Camps Bay and Llandudno attracted unbelievable interest, a blogpost we wrote purely by coincidence, as we happened to be at the Camps Bay police station when we heard them answering international media calls about the incident.

3.   Table Mountain winning the bid for New 7Wonders of Nature was a controversial topic.

4.   Our critical story about the ‘Mickey Mouse’ service excellence training done by the Disney organisation for SA Tourism prior to the 2010 World Cup.

6.   The review of Brio 1893, a restaurant which operated in a beautifully decorated building in Adderley Street but closed down a year later.

7.   The Cape Town Stadium, and plans to commercialise it.

9.   A review of Tokara DeliCATessen, which we labelled a ‘cat-astrophe’ at the time!

10.  The Sweet Service Award to Value Car Hire and the Sour Service Award to Beluga, a restaurant which must have one of the most unpleasant owners (Oskar ‘Blonde’ Kotze), only rivaled by the almost extinct Caveau!

We have seen the opening of numerous restaurants in the past five years, the highlights being Burrata, Pierneef à La Motte, The Rotisserie at Leopard’s Leap, Babel, The Kitchen at Maison, Delaire Graff Restaurant, Indochine, Tokara, Camphors at Vergelegen, Casparus (initially but now having lost its flavour and energy ), Stables at Vergelegen, The Pot Luck Club, The Test Kitchen, The Greenhouse, Dash, and Makaron. Sad has been how the economy has forced the closure of more restaurants than ever before, many not surviving their first winter after opening.  We have seen the trend to wine estates opening restaurants, and investing heavily in them, in creating destinations that have become more than wine tasting centres.  This has led to Stellenbosch becoming the new centre of gastronomic excellence, in having so many Eat Out Top 10 Restaurants, taking this accolade away from Franschhoek, much to the chagrin of banal Neil Pendock!   Interesting is the many phone calls which we receive about restaurants when we have blogged about them, readers Googling and finding our blogpost about a particular restaurant and calling us in error.  So we have picked up which restaurants are in trouble when suppliers call to chase outstanding payments due by them, for example.

We have commented regularly about Eat Out and its lack of credibility in awarding the Top 10 restaurants in the past two years, when its editor Abigail Donnelly decided to dispense with her panel of judges.  We were happy to sit with her and her directors at New Media Publishing at the beginning of this year, to debate how the Eat Out Top 10 Restaurant Awards could regain their credibility.  A new panel of judges has been appointed, but has been kept a secret by New Media Publishing.  Word on the street is that the judges are butcher Andy Fenner, former South African Chefs Academy co-owner Garth Stroebel, and Chef Liam Tomlin from the Chefs Warehouse and Cookery School.

Tasting rooms are being modernised, and many with international owners have invested in art galleries, e.g. Delaire Graff, Glen Carlou, and Grande Provence, adding an additional dimension to their estates’ portfolio.  La Motte is the pinnacle of wine estate marketing, and has been named the Great Wine Capitals Global Network Best of Wine Tourism Awards winner, with its Pierneef à La Motte restaurant, Tasting room, Farm shop, concert venue, art gallery, vegetable and herb garden, and renovated grain mill. We take our hat off to Hein and Hannelie Koegelenberg for their focus and dedication in continuously enhancing the excellence of their estate.

In blogging, we have tried to continuously expand our knowledge base about tourism, and are happy to share the information.  We have been particularly concerned to see how lip service has been paid to Tourism marketing for Cape Town and the Western Cape, Seasonality having become an increasingly serious problem, with almost no business in June and July.  Heavy rainfalls in late winter in the last two years, affecting tourism numbers in August and September too, have exacerbated the lack of winter business, leading to the closing down of many restaurants and guest houses.   We have been outspoken about the lack of marketing for our region by Cape Town Tourism, Cape Town Routes Unlimited (now incorporated into Wesgro), and the City of Cape Town’s new Tourism, Events, and Marketing Directorate, all of which have stood still and not done any significant marketing.  The 2010 World Cup was a festive event and we enjoyed having the soccer fans stay with us in Camps Bay, but the event has become a swearword for misleading the tourism industry in creating false expectations of soccer fan bookings. The recent departure of the Cape Town Tourism CEO Mariette du Toit-Helmbold and her PR and Communications Manager Skye Grove, and the appointment of Judy Lain as new Wesgro Chief Marketing Officer is the first good news for tourism in a while, an industry which has been overshadowed by steadily declining tourism numbers year after year (despite what SA Tourism and City of Cape Town Councillor Grant Pascoe tell our industry).  Of grave concern for Tourism is the international terror alert hanging over our country, announced yesterday,

The enjoyment of blogging is sharing our experiences about restaurants in Cape Town and the Winelands, and helping readers to select the better and more interesting restaurants, and avoiding those with poor service and/or food.  On occasion it has tested the limits of honesty in sharing our experiences, despite the attacks we have endured from other Bloggers and Tweeters, who feel offended on behalf of their friends whose restaurants have been reviewed.  The price we have paid for our honesty is being banned by small-minded restaurant owners of Sotano and (now closed) Caveau,  hardly a loss given the repertoire of wonderful restaurants in our city.

We are delighted that Sonia Cabano voluntarily closed down her Twitter account @SoniaCabano2 in April, after suffering two years of abuse from her on Twitter and the Comments section on our Blog.  We are grateful for the support and encouragement from readers and friends in providing perspective when the abuse by her and a team of Tweeters led by Michael Olivier became unbearable on occasion.  Ironic is that everytime abuse about the blog is Tweeted, it sends vast numbers of inquisitive readers to our blog!

Sadly blogging standards are on the decline, we observe, with few of the bloggers who started with us five years ago still blogging regularly, enjoying their fame and attending many functions, but recording few of them on their blogs.  From blogging regularly in early days, they do so once a month or even less frequently.  Many resort to blogging as a collection of photographs.  We note the shameful copy-and-paste ‘blogging’, especially by Michael Olivier, in which he copies media releases word for word without declaration of the source of his information.  We note the lack of disclosure by bloggers of free meals or goods received in their blogposts, Michael Olivier taking payment from wine estates before writing about them, without declaration.  We deplore that InterTwEAT manipulates and threatens restaurants in demanding a 3-course meal for two for a review, and that bloggers regularly blatantly request free meals for reviews, we hear from restaurants.  They are doing all bloggers a disservice, in creating an image of ‘freebie beggars’ for our writing fraternity!   Sadly a number of food bloggers, such as Jane-Anne Hobbs, have become nasty and arrogant, feeling themselves to be superior to other bloggers.   Very odd is that some bloggers are confused about what they are, and clearly are not making money out of blogging. The industry is still talking about Spill blog owners Clare and Eamon (Mack) Mc Keon Mc Loughlin having set themselves up as a PR consultancy, and the cultural misfit between their business and their clients The Odyssey and KWV!

An upgrade in our WordPress blogging platform has allowed a new comment facility Disqus to be installed, which is far less likely to be used by abusive commenters, as it can pick up the identity of the writer on other social media platforms.  This has made interacting with commenters far more pleasurable.   We would love to know who our readers are, not being privy to the details of subscribers of RSS feeds, and it is a delight when we hear who reads the Blog, and who recommends it to them, such readers not always admitting to us directly to reading it.

Most important of all, is that we survived attempts by Michael Olivier, Skye Grove, Carl Momberg (who introduced us to Blogging!) and David Cope (the first WhaleSpotter Tweeter) to have our Blog closed down, but we countered this by moving our website to an American hosting company.

We will maintain our focus on Tourism, Restaurants, and also write about wine launches.  We will remain critical about what we see and observe in these industries.  We will not allow ourselves to be intimidated by Nasty Neil and the Tweeters who regularly have something negative to say in their Tweets.  We love writing, and enjoy being on the look out for new information.

We note an explosion of new blogs, many new websites containing one, and we welcome the new bloggers to the fold.  We would like to see a Blogging standard set for ethics (disclosure of freebies), honesty (in declaring payment received for sponsored blogposts or blogs), and writing (the standard of spelling and grammar in blogs leaving much to be desired). It is much harder for new blogs to break through the blog clutter and to grow readership, focus of theme, good writing, and creating visibility for the blogposts via e-mail, Twitter, and Facebook being vital.  We are grateful that we started Blogging five years ago, and that we have built up a substantial readership and following in this time, it being far tougher to do so had we just started now.

We thank our readers for their loyal support, for subscribing to and reading our blog, for sharing their feedback via Comments as well as e-mails and calls, as well as personal contact.  We are grateful to an increasing number of PR companies and marketers sending us media releases about their brands and clients’ brands.

6 replies on “Five years of Blogging: looking back, looking forward!”