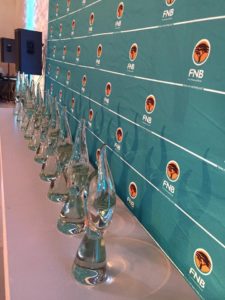 At the presentation of the 2016 FNB Sauvignon Blanc Top 10 awards at Nooitgedacht outside Stellenbosch on Friday, it was announced that eight out of the Top 20 Sauvignon Blancs come from Elgin and Durbanville.

A total of 169 entries was received from 111 wine estates, a reduced number this year compared to 2015, attributed to the difficult 2016 harvest. This reflects a drop in Veritas and Young Wine award entry numbers too this year.

The wine industry was described as an ‘old‘ one, but FNB Western Cape Provincial Head Stephan Claassen said that they can see innovation in exporting and marketing wines. The wine industry is an important job creator, it was said, tourism generating a greater revenue than gold for our economy now.  After citrus, wine is the second largest ‘agri-export‘ product. Our wine production is the 8th largest in the world now, having grown from 48 million to 110 million liters in the past five years. Mr Claassen said that his bank has been acknowledged as the most innovative bank in 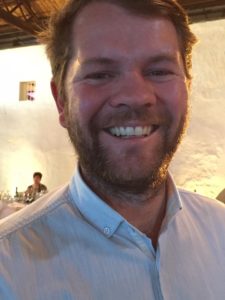 Sauvignon Blanc Interest Group Chairman JD Pretorius from Steenberg said that Sauvignon Blanc is the number one varietal exported from our country, despite being only the fifth largest variety planted. Sauvignon Blanc wines entered had originality, and different styles, and JD predicted that future Sauvignon Blancs will be style and/or region specific. Five of the Top 20 Sauvignon Blancs came from Elgin, with three from Durbanville.

Price points have moved up but too slowly, JD said, quoting the price average of the Top Sauvignon Blancs as R70 in 2007, R77 in 2011, and R88 in 2016. Nine of the twenty top wines have been finalists in the past, while one wine had made the finals three times. JD thanked the judges: Neil Ellis as Chairman of the judging panel, Christian Eedes, 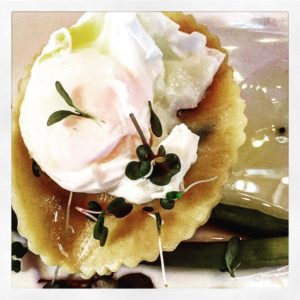 A delicious three course lunch prepared by Chef Jeanne Law was served during the proceedings, prepared by the staff of Nooitgedacht. The starter was salmon ravioli served with green 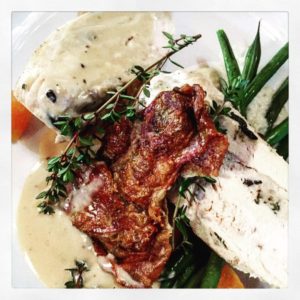 asparagus, topped with a poached egg, and finished off with sage and lemon butter. 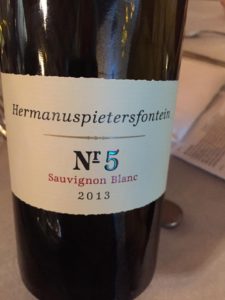 The 2016 FNB Sauvignon Blanc Top 10 wines were announced as: