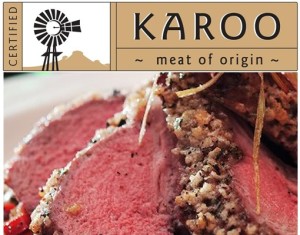 Wesgro has announced that it is focusing on Wine and Food Tourism as ‘strategic priority’ in its 2015 – 2019 implementation plan Judy Lain, Wesgro Chief Marketing Officer, has announced. Globally Food Tourism generates $150 billion estimates the World Food Travel Association. As many as 88% of destinations in the world see Food Tourism as an important differentiating factor in defining the image of brands and destinations, and assists in fighting Seasonality and in creating jobs.

At the recent General Assembly of the United Nations World Tourism Organisation it was stated that ‘Food is the last bastion of a nation’s identity’, and something as basic as food has become a differentiating factor between destinations.

Food Tourism is on an upward growth rate, motivating Wesgro to focus on this tourism sector. ‘The Western Cape’s regions each offer unique “places of taste” such as Karoo Lamb and the Slow Food Movement of Sedgefield in the Garden Route and we need to capitalize on these regional experiences more’, said Lain.

Wesgro quotes Cape Town’s Bree Street and Regent Road as cuisine hotspots (we would question the latter), as are the food and wine routes in Stellenbosch and in Franschhoek.  Added Lain: ‘The great thing about food tourism is that food acts a conduit through which visitors access the unique culture and heritage of a region in an authentic way‘.

Wesgro has partnered with various public and private sectors bodies, such as Karoo Food, Sustainable Tourism Partnership Programme, WOSA (Wines of South Africa), and other local tourism bodies across the province to identify and promote unique wine and cuisine experiences to both the domestic and international market. ‘It is hoped that by harnessing the Western Cape’s food tourism potential it will have a knock-on effect on exports and agri-processing in the province and potentially even catapult unique regional products such as Karoo Lamb to the ranks of Champagne and Parma Ham as a globally recognisable food brand‘, explained Lain.

We are delighted that Wesgro is driving the Western Cape into Food Tourism, and we will be the first to support this new tourism marketing focus.