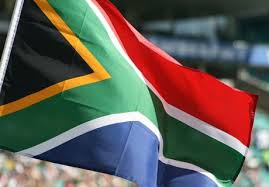 It was the interview with a Cape Argus reporter on Friday that made me reflect on how far not only our country, but also I personally and my business have come in the 20 years since we voted on 27 April 1994.  The Argus interview was focused on the progress over the past 20 years I have seen personally, business-wise, and politically.

My very first feedback to reporter Dylan was that 1994 was the first and only time that I was allowed to vote, having a German passport.  I do not recall how it was possible for all foreigners (by passport) to be allowed to vote, when it has never been allowed before nor since then.  I loved standing in a queue somewhere in Sea Point, being part of the exciting day that would change our country forever, and how much goodwill there was amongst South Africans whilst waiting patiently in the queues. Little did we know that the rest of the world waited anxiously for the outcome of the election, fully expecting a revolution to take place, unbeknown to us residents, with thanks to the SABC in ‘protecting’ us from this world scenario.

I moved to Cape Town in 1990, and transferred my marketing research consultancy Relationship Marketing from Johannesburg, changing its emphasis to Public Relations for food clients such as Baker Street Snacks, Bonnita (now Parmalat), Aylesbury, and more.  The late John Harrison was a favourite client when he was GM of the Table Mountain Aerial Cableway.  Even Mark Shuttleworth was a client, before he became famous for selling his Thawte verification company for billions.  I wanted to experience the townships from a marketing perspective with my clients, and we were the first company to organise Township Tours for marketers. We visited spaza shops in particular, a fascinating retail phenomenon demonstrating the ultimate customer orientation, selling items in singular units (e.g. eggs, cigarettes, at a price of course), giving credit until pay-day, offering refrigeration services to those customers without fridges, and being open (almost) day and night, to offer supplies when needed.   I even took Xhosa lessons with Coenie Visser, a difficult language to learn, but the few words I remember from then have stood me in good stead, my ‘enkosi’ leading to beams of surprise and gratitude.

I bought my house in Camps Bay in 1994, a small three bedroom house then, one of the first to be built in Camps Bay, which had seen a number of renovations prior to my purchase.  The price of R513000 seemed astronomical at the time, but now is a ‘steal’!  The purchase price was a bargain, given that so many families emigrated at that time for fear of how the country would change, and this drove property prices down.  I wanted the best for my son, and Camps Bay with schools close to our house was the perfect location. I remember being sold on the house not only for its magnificent view, but also by the swing in the garden for my then 2-year old son.   Over time the house became our Whale Cottage guest house, when we added a floor with guest rooms.

Without the smooth transition in government, and the great statesmanship shown by former President de Klerk and the late President Nelson Mandela, tourism would never have taken off to the extent that it did until 2008, given that our country had been a no-go for tourists for many years before then.  Tourists loved coming to see Mandela country, and wanted to see the miracle of the peaceful transformation first hand.  My German background became a bonus, with a flood of German tourists, but the UK topped the tourist influx.  Many lovely friendships have been formed over the 18 years of running the Whale Cottage guest houses, with return guests and recommendations to others by guests who have stayed before becoming our major source of business.

Without the peaceful transformation of our country and the statesmanship of Mr Mandela, our country would not have been awarded the 2010 World Cup.  While it is a swearword for us in the Tourism industry, in its tourism benefit having been oversold, it created in Cape Town and surrounding area an amazing upgrade in our infrastructure, including a new stadium, a world class airport, super highways, an upgraded train station, and the (much delayed) MyCiTi Bus service.  The maintenance of these facilities, and the general cleanliness of our region is noted by international tourists and guests from other provinces, and the DA’s running of the Western Cape province and the Cape Town municipality must be thanked for this.  The world-class facilities in our city have benefitted not only tourism, but each resident of the province, making most of us ‘proudly Western Cape’, and reducing our need to travel overseas.

Dylan wanted to know which politicians have impressed me, and it goes without saying that Mr Mandela overpowered any other politician our country has ever had, a noble man without hatred or anger expressed, and building a united nation, as far as he could.  He was a father figure for our nation in the past twenty years, but sadly little of the ‘Madiba effect’ is left, with little mention of him now, and the current corruption and financial abuse by politicians far removed from what Mr Mandela envisioned for our country.  Mr de Klerk too was a statesman with great leadership skills, in getting Mr Mandela out of prison, sharing political power with him initially, and stepping back to allow Mr Mandela to take over, at the cost of his National Party, which no longer exists!  Helen Zille has impressed, my first interaction with her being when she was the Western Cape Minister of Education and she reacted to the rejection by the headmistress of a parent initiative I led to keep our Camps Bay Preparatory School running while the teachers marched in a public sector strike, which was reported in the Cape Times!  I added Tony Leon, who impressed me subsequently to his political career, at two book launches I attended for his ‘The Accidental Ambassador’.  I met Melanie Verwoerd at the launch of book ‘The Verwoerd who Toyi-Toyied’, written subsequent to her political career, and I was impressed with her and her husband Willem’s sense of right and wrong, despite the history that came with Willem’s grandfather.   Good has been seeing the increasing number of women in politics, the DA being particularly impressive with its women leaders such as Ms Zille, Cape Town Mayor Patricia de Lille, and Leader of the Opposition Lindiwe Mazibuko.

We spoke about discrimination in the work place, and how hard it was for white males to be retrenched and to be forced to become entrepreneurs, most not trained nor inclined to run their own businesses.  Opportunities for the disabled and female workers improved vastly in the past twenty years, but the glass ceiling still exists for women. I left Y & R ad agency before my move to Cape Town for exactly that reason, extraordinary hard work and an MBA not securing a Board position.

We spoke about what has changed, and in one way I feel that little has, in that we still live in segregated areas in Cape Town, despite segregation not being regulated by law anymore.  It shows that segregation is now self-chosen, not only due to economic reasons, but also due to residents wanting to live close to their family and friends.  Even rich shebeen owners, who could afford to live in an area such as Camps Bay, would rather build a large home in the township to be near their business and family.  What is unforgivable is that families still live in shacks, twenty years later, in unhygienic and crowded conditions, often without electricity, running water, or acceptable ablution facilities.  We feel that shacks should be banned, but recognise that a roof over a family’s head is better than none at all.  Discrimination has reversed, many would say, and racism is visible almost daily, demonstrated in driving behaviour on the roads, in queues, and in the reaction to service feedback.  What is good is that schools are mixed, and that children grow up ‘colour-blind’, getting to know each other in a way we were never able to.

We spoke about staff, and the frustration of running a business with the poor ethic of local workers, protected by labour laws which favour employees, and are biased against employers, allowing staff to walk out of jobs without the legally specified notice period. Training and retraining staff is costly in terms of time, and therefore it is a temptation to take back staff who left previously when they ask if they can return some months later.  While we would like to be ‘proudly South African’ in employing locals, we are impressed with the work ethic of Malawians and Zimbabweans, and would appoint them in preference to locals now.

The big C is our country’s downfall, and luckily I have only been subject to one break-in, even if it was a major one, having all my valuables removed with the safe.  Luckily I was not at home when it happened.   Crime is strongly (negatively) associated with our country’s image, and keeps tourists away.  The current Oscar Pistorius case and the forthcoming Shrien Dewani one are attracting world attention, especially the former, and the live TV coverage of the long drawn out case from the courtroom does not help Brand South Africa!   This is an urgent priority for the government to address.

The tourism industry in Cape Town needs urgent assistance from Wesgro, Cape Town Tourism, and the City of Cape Town Tourism, Events, and Marketing Directorate in breaking the back of Seasonality, which kills so many businesses in winter, with six months of next to no business.  Every year the tourism authorities promise attention will be paid to Seasonality, and that special Events will be held in winter, but nothing ever happens.  Every year seasonality in the Cape gets worse!

The biggest change that has affected me in the past twenty years is the advent of the internet, I replied to Dylan’s question.  It has opened up the world of Social Media to me, and allowed me to share my knowledge gained about the Tourism industry, local restaurants, and our impressive wine industry with readers of this Blog, on Twitter, and via Facebook.

One would have expected that a big celebration of the 20th anniversary of our country’s democracy would have been planned.  As far as we know there is none, even more disappointing that the public holiday falling on a Sunday today has created a long weekend.  It feels as if this special day is enjoyed as yet another public

holiday, with many not knowing what is being celebrated today!  Cute is the Google Doodle for Freedom Day!

I have a lot to be grateful for personally, in my business, and politically, in living in the most beautiful part of our country, and being able to run a business and live in safety in what I regard to be paradise.