The Sweet Service Award goes to Glasfit in Montague Gardens, who arrived less than half an hour after we called them to remove the hinges of an armour plated glass door, which they had installed a few years ago, and which had shattered when forced open by a guest.  While they were there they serviced the hinges of all the glass wardrobe doors too. 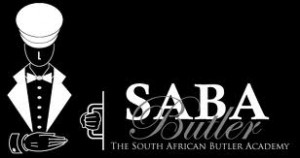 The Sour Service Award goes to The South African Butler Academy, and its Recruitment Manager Adriaan Coetzer, who initially welcomed feedback about one of the graduates of the Academy, Hettie Novacovic, with whom we had worked for a few days and whose butler training was a core reason why we had appointed her. However, in a very short period of time her performance deteriorated, she was poor at following instructions, and made mistakes, the SA Butler Academy training clearly leading to an arrogance in its students, and being too short at 8 weeks to teach students any depth. Coetzer telephonically said that our feedback confirmed what other clients had reflected and their own experience of her, but then lashed out in a subsequent e-mail, disputing our feedback and being defensive about his graduate!