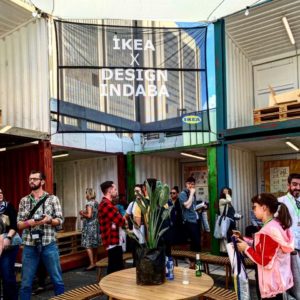 While I have shopped at IKEA in Southampton with my son now living in the UK, I have not been near an IKEA anything in Cape Town. This changed last week, during Design Indaba 2019, when IKEA had a prominent IKEA Överallt ( meaning everywhere in Swedish) outdoor stand at the foot of the Artscape Theatre building. It reflected the best creativity in design in Africa, a social responsibility project of the global Swedish home interior design company. But there is little chance of the company opening any stores in our country within the next five years, it was confirmed.

I had been invited to attend the Global Media Launch of the IKEA Överallt exhibition by Lauren Shantall of Scout PR & Social Media. On arrival we received a Media accreditation lanyard, and a most beautiful carry bag, displayed in one of the IKEA sub-stands. The IKEA platform 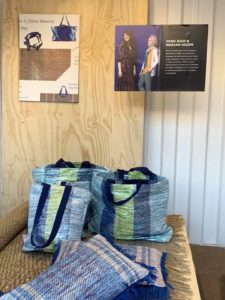 was created around about ten containers, each dedicated to a different African designer, and interpreting their design speciality into an IKEA look and price point. Each sub-stand was beautifully curated, and simply had a sign which provided a name and photograph of the designer, and an explanation of the design item(s) on the stand.  Rounding off the IKEA platform was a central stage, 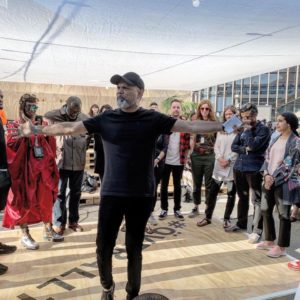 surrounded by tier seating, as well as tables and chairs. Closing the circle shaped IKEA platform was The Good Life Food Truck owned by my friend Adele Maartens, in which canapés were prepared.  The IKEA platform was set up alongside a Design Indaba exhibition of the work of young and up and coming designers, each presenting their work in a container, and offering some of their work for sale.

Some of the IKEA designers included the following:

#  Bethan Rayner and Naeem Biviji, based in Nairobi, trained architects who make handcrafted, made to order, furniture. For this project they made items for better eating and drinking experiences, including glass decanters, and ceramic bowls, partly displayed on one of their curved slatted wood benches. A snake-like display of a number of their benches was set up outside their stand, not just an attractive design 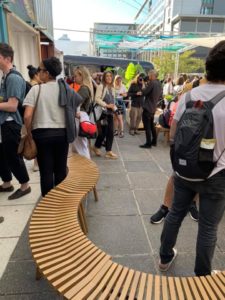 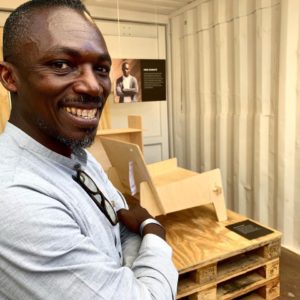 object but practical seating when the attendees were addressed. (Right)

#   Issa Diabaté, from the Ivory Coast, who designed ‘pleasant, yet functional objects without having to use costly or advanced materials’. His displayed chair looked typical IKEA, a DIY assembly but stylish and modern. (Left) 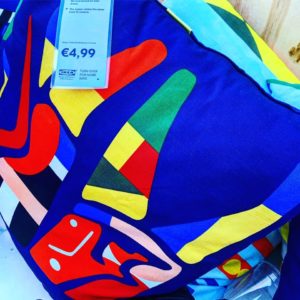 and Renee Rossouw from SA, whose designs are inspired by nature, animals, and the interaction between animals 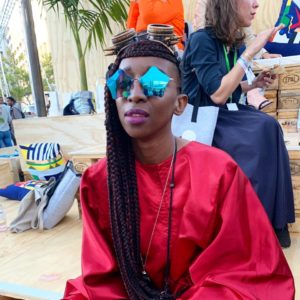 #  Selly Raby Kane, from Dakar in Senegal, is a fashion designer, and artist, whose stand presented stylish decorated waste paper baskets. Selly was by far the most stylishly dressed person 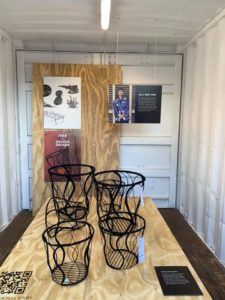 at the IKEA platform, and no surprise given her career. (Left and right)

#  Laduma Ngxokolo, from SA, his Xhosa roots inspiring his design of carpets and cushions, and knitwear too.

#  Hend Riad and Mariam Hazem, from SA, who specialize in sustainably creating design objects from waste. They made the bags we were gifted as media attendees.

#  Bibi Seck, also from Senegal, but having lived in London and Paris, and now traveling between New York and Dakar. He designs car interiors, watches, and much more, including a chair for IKEA, always placing the user’s needs at the centre of his designs.

Ravi Naidoo is the founder and MD of Design Indaba, and has built up the annual event into an international following, with a conference addressed by local and international speakers, and side events such as films, and the Nightscape exhibition. He stated 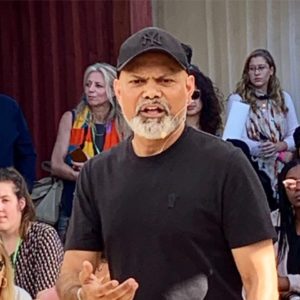 that it was a chance meeting of an IKEA Executive that led to the collaboration with IKEA at Design Indaba this year, reminding the audience that nothing is ever by chance.  Leading designers from Africa were sourced, and given the opportunity to present their leading-edge designs at Design Indaba. We learnt that IKEA items, furniture dominating, must meet the brief of being top quality, comfortable, accessible, and well priced. Ravi introduced each designer to the audience, and then hosted a Q & A.

It was a surprise to be served Secateurs white and red wines made by esteemed winemaker AA Badenhorst, 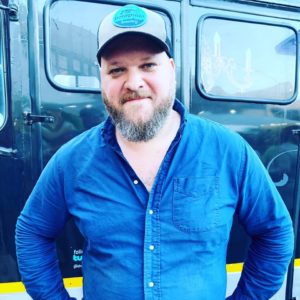 and IKEA branded bottles of water. IKEA flew Swedish Chef Martin Nordin to Cape Town, and he oversaw the making and presentation of his canapé designs, top quality and most unusual compared to what one is served at events locally. The preparation of the canapés was executed by the chef team from Hazendal, an invisible collaboration, informed of this by Chef Martin. Previously the Chef of IKEA, Chef Martin now is a food consultant, TV presenter, and writer of books, specializing in vegetarian dishes. The presentation and unusualness of the canapés, plus the eco friendly bamboo cutlery and containers were a big hit, 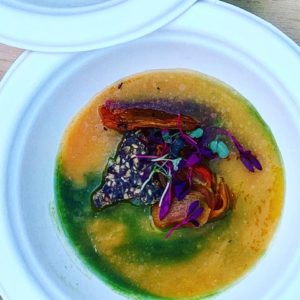 most of us wanting to eat more than one of each of the three canapés, and attractive to me, in suiting my diet: 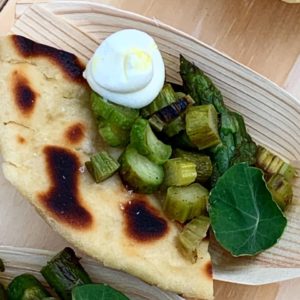 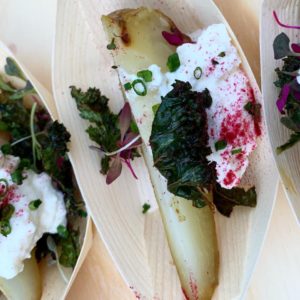 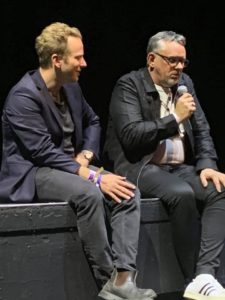 A voluntary and free to attend extension of IKEA’s involvement was the screening of a film made by Danish filmmaker Boris Bertram, entitled ‘The Human Shelter’, and funded by the IKEA Foundation (photograph with Nils from IKEA at the Q & A afterwards).

The film was a documented market research of what constitutes a home to persons living across the globe, including refugees living in tent-like structures designed by IKEA in a refugee camp in Iraq, in remote locations, in an apartment in a skyscraper in New York, on houseboats in Lagos in Nigeria, in a treehouse in Ghana, in an oxygen capsule in Tokyo, in a Mars-simulation capsule in Hawaii, at the edge of a glacier in Iceland, and more. ‘Home is an origin, but also a destination’, ‘We are all a poet when it comes to 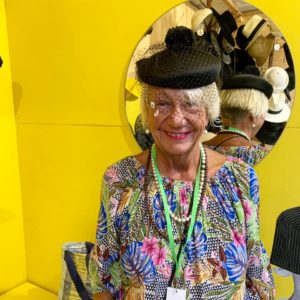 home’, ‘The Earth is our home’, and ‘Our Body is our home’ were significant quotes in the movie.

Between the media event and the screening of the movie we walked through the Nightscape exhibition, and were attracted to the stand of The Hat Factory, selling short run exclusive hats. I could not resist buying two hats, 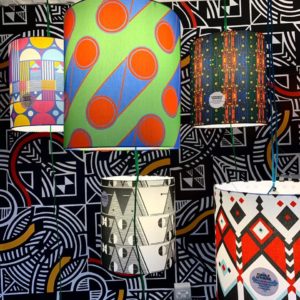 one of them pearl-studded. I returned two days later, to have a look at many of the other stands, including a beautiful lampshade design one, and a number of clothing, jewelry, handbag, and art stands.

It was my first Design Indaba in a very long time, a stimulating experience, and confirming why it is so special to live in Cape Town.