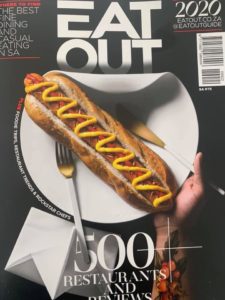 Both chefs announced that the Eat Out withdrawal is based on giving an opportunity to younger chefs to get onto the Eat Out list. But both restaurants may feel affronted at the Eat Out rankings they achieved in 2019, Restaurant Mosaic only ranked 9th, and The Test Kitchen ranked 2nd two years in a row, after being in the number one position for six consecutive years. Eat Out also had to suffer the embarrassment of never acknowledging the cooking skills of Chef Jean Delport whilst he did excellent work at Benguela on Main in Somerset West, but within one year of opening Restaurant Interlude at Leonardslee Lakes and Gardens in the UK he heads it received a Michelin star in October!

Manley Communications posted the following announcement on behalf of The Test Kitchen this morning: 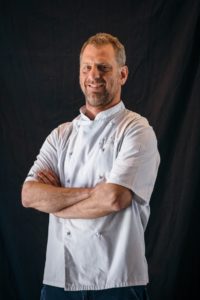 his globally acclaimed restaurant The Test Kitchen T from consideration for the Eat Out Mercedes-Benz Restaurant Awards with immediate effect.

Since opening in Cape Town in 2010, The Test Kitchen has dominated the Eat Out Awards, winning ‘Restaurant of the Year’ for six years running, alongside a string of additional awards for service and innovation.

“It’s been an enormous honour to have received so many accolades from the Eat Out Awards over the years, but we feel that the time is right to step aside and let the next generation of younger chefs receive the recognition they are due,” says Dale Roberts.

“The Test Kitchen has always been about pushing the boundaries of creativity and dining experience. One of the great joys of being a chef is the freedom to channel our own creativity onto the plate in whatever way we deem to be our own. The Test Kitchen is proud to call South Africa home, but our inspirations are global. Although we’re stepping away from the Eat Out Awards we look forward to continuing our journey of culinary discovery”

Interesting is that the announcement only applies to The Test Kitchen, meaning that Chef Luke’s four other restaurants can stand to gain from his withdrawal of The Test Kitchen. I also find it interesting that both Chefs only announced their withdrawal from the Eat Out Awards, not an Award one needs to apply for to feature on! That means they appear to be happy to receive awards from a host of other South African entities handing out restaurant awards, other than from Eat Out! Ouch!

In an article in Cape Town etc, Eat Out’s response to the Restaurant Mosaic withdrawal was that they will still ‘have to include Mosaic as they cannot ignore the best dining restaurants in the country’.   Maybe the 2019 Eat Out magazine cover (above) reflects where it is heading, the awards recognising the best hot dog, pizza, pasta, and hamburger restaurants, I predict tongue-in-cheek!

I would love to be the fly on the wall at the emergency meeting happening right now at New Media Publishing, publishers of Eat Out…..And I wonder if oldie Chef Liam Tomlin will withdraw his Chefs Warehouse on Bree Street from the Eat Out Awards too, never having belonged there in the first place?!