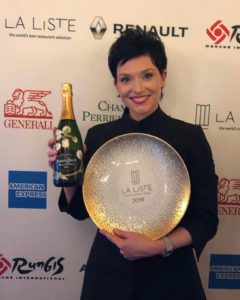 The Eat Out judges have a hard time in deciding on the ranking of our country’s top restaurants, especially when our top restaurants are increasingly performing on international restaurant list rankings! This year they seemed to markedly not have considered the top performance of two internationally crowned SA restaurants, The Test Kitchen, and even more so, Restaurant Mosaic at The Orient outside Pretoria. Both these restaurants have just made the prestigious 2019 Top 200 of the La Liste international Top 1000 restaurant List, rubbing shoulders with the world’s top chefs.

Eat Out Awards 2018: a refreshing change, knocks old-guard chefs off their multi-restaurant perches!

Africa and The Test Kitchen scrapes back onto 2018 World’s 50 Best Restaurant List!

But it is Restaurant Mosaic at The Orient that has outshone other SA restaurants, by being ranked highly in two international restaurant awards this year, the latest being announced yesterday, at the La Liste Award ceremony in Paris. Restaurant Mosaic was ranked in the Top 200 of the La Liste Top 1000 Restaurants in the world, alongside The Test Kitchen. It also was named as having the Best Winelist in the world (main photograph), a huge accolade, already recognised earlier this year by Spectator, when the restaurant was named as having one of the seven best winelists in the world!

The La Liste restaurant award website states that it is ‘the best global restaurant selection handpicked by discerning food critics and expert guides’, it being based ‘on the compilation of hundreds of guidebooks and millions of online reviews’. It provides statistics too, evaluating restaurant reviews in 628 guides, in 179 countries, 350000 ‘trusted reviews’ out of over 4 million ‘scanned reviews’. It explains that it aggregates the top restaurants in the world listed in ‘more than 550 guidebooks and trusted publications’ into a ‘giant database’. Each review score is then converted into a standard grade, on a score of 0 to 100, ‘according to conversion tables specific to each guidebook’. This step is difficult to comprehend. Chefs around the world were asked to judge local guidebooks, and a ‘trustworthiness index’ of between 0 to 10 was awarded to each restaurant in the database. These scores were integrated into online customer reviews, ‘giving them a 10% weighting in the final ‘La Liste score’.  The La Liste score calculated per restaurant in the database is used to rank the restaurants in the database. As the name suggests, this is a French initiative. It was launched three years ago, and Wikipedia writes that it was the French answer to the British World’s 50 Best Restaurants List. In the latest La Liste, four of the top 10 restaurants are located in France.

Could La Liste be a better ranking and evaluation of our top South African restaurants, taking any bias and favoritism out of the awards, as has so often been suggested is the problem with the Eat Out Awards? In running through the La Liste list of the Top 1000 restaurants, its credibility is immediately questioned when it still lists The Tasting Room at Le Quartier Français, which closed in April 2017 when Chef Margot Janse left its employ, a few months after the sale of the hotel to The Leeu Collection.

The rating score of the South African restaurants on the La Liste Top 1000 restaurant list is to be compared to the two joint top scoring restaurants in the world at 99.75 in its 2019 list, being Guy Savoy in France and La Bernardin in New York. I ate at the latter restaurant in 2016, when it was one of the three top New York restaurants on the World’s 50 Best Restaurant List:

The SA restaurant ratings on La Liste are as follows, out of a score of 100, thirteen of our 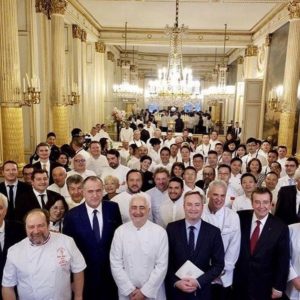 #  The Restaurant at Waterkloof (newly crowned Eat Out 2018 number one restaurant) 87.75

#   Terroir 81.25 (the restaurant did not even feature in the Eat Out Top 30 nomination list this year!)

Earlier this year Chef Chantel was ranked 79th Best Chef in the World, in the Best Chefs Awards Top 300! She was the highest ranked South African chef, and received the accolade of Best ‘Lady Chef’ in the world 2017. Other local chefs in the Top 300 list this year were Chefs Peter Tempelhoff of Greenhouse (134th), Gregory Czarnecki from The Restaurant at Waterkloof (ranked 223 rd), and Michael Deg at Cavalli (272 nd).

It is clear to see that Chef Chantal’s Restaurant Mosaic does not receive the acclaim she should receive locally, compared to the esteem in which she and her restaurant are held internationally. In an article on the La Liste website, special attention is paid to the increasing number of top female chefs on its list, and Chef Chantel is listed in the company of top chefs such as Dominique Crenn of Atelier Crenn in San Francisco, Claire Smythe of Core in London, as well as Hélèna Rizzo from Maní in São Paulo, with eight other upcoming and established female chefs.

It was a joke seeing La Colombe praise its sixth Best Fine Dining Restaurant in the world ranking on TripAdvisor yesterday, the rating website fraught with credibility and fraudulent review issues! No credible fine-dining restaurant would want to be seen on any TripAdvisor list, let alone boast about its performance on it! The majority of the 25 restaurants on the TripAdvisor Travellers Choice Awards are completely unknown!