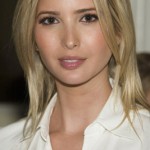 Ivanka Trump, daughter of Donald and Ivana Trump, has been honeymooning in South Africa with her husband Jared Kushner.   Due to the power of social medium Twitter, her travels around Southern Africa are documented for all her 613 000 Twitter followers to read.  Fashion and celebrity blogs are following her trip too, creating exposure for South Africa which money could not buy.

Her first stop was in the Winelands :   “Wandering in the Paarl area of Cape Town.  Just visited the Backsberg vineyard.  A terrific afternoon…..”   She took a photograph of her  Winelands trip as well :   “A gorgeous view of the vineyard http://tweetphoto.com/7015625”

She then went on a safari, and sent the following Tweet : “Our first day of safari and we’ve already spotted 2 lionesses, 10 hippos, 3 rhinos, 3 giraffes and a group of baboons! What an adventure!”   She also photographed a lioness: “A lioness as seen from our Jeep this morning. http://tweetphoto.com/7375944“.

Yesterday, she continued with her safari:  We were so close to this leopard on our morning game drive that I snapped this pic on my Blackberry camera! http://tweetphoto.com/7496963.  Her latest Tweet reflects that Ivanka and her husband are off to Mocambique.

Ivanka Trump can be followed on Twitter at http://twitter.com/IvankaTrump