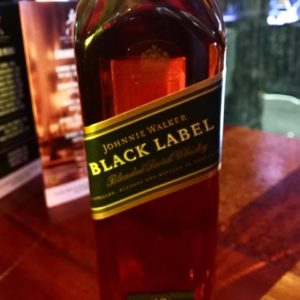 Last Thursday I attended the #JWCodeBlack promotional event for Johnnie Walker, having received the invitation from Thandeka Nkosi of Khanya PR & Media Solutions, on behalf of its Client Diageo. It is one of the bizarrest events that I have ever attended.

The invitation stated that #JWCodeBlack was to be ‘An experience crafted to bring to life the iconic Blend : Johnnie Walker Black Label’, at an unknown venue The Carraway, being the foyer of the Old Mutual Building at 14 Darling Street in the centre of Cape Town. We were to be entertained by DJs Dean of Soul, DJ Lyle, Leighton Moody, DJ Lloyd, and DJ Shinzo, the invitiation stated, which 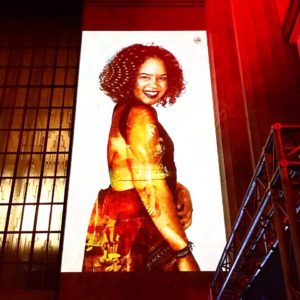 attracted my attention. The invitation informed in its very fine print, something I had not seen, that one could only enter the event ‘strictly on presentation of a photo ID’, but this did not happen! This was the sum total of the information which we received, with no media release about the event sent before or after, not even when I write straight after the event, requesting further details!

It got worse! I Ubered to the venue, there not being a street number nor The Carraway name on the outside of the building. Based on the Uber driver’s Google Maps it had to be the Old Mutual building. Security staff were at the pavement entrance to the building and were not understandable in their reply when I asked about the Johnnie Walker event. I was pointed to a desk mid-way up the staircase, and here another security person pointed me to another desk higher up, but I was treated with extreme rudeness by the lady with extensive light-coloured braids sitting at the desk. She expressed complete disdain, wanting to send me back to the midway desk, saying that they were running late in setting up the event, which was due to have started at 18h00. I myself had only arrived at 18h10, and the doors only opened at 18h30, in true Africa-time. There was no apology nor explanation, nor did anyone know the name of the rude hostess. Event hostesses dressed in black had armbands one was to wear, and I received one of these and was ticked off the guest list. I was supposed to have received a booklet of vouchers, to be used in ordering cocktails made with Johnnie Walker Black Label, with the armband, but did not, and had to fetch a booklet outside when one of the other guests told me where they had received their 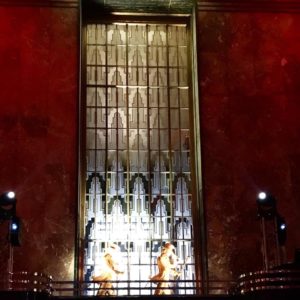 The foyer of the building is exquisite, with a strong Art Deco design, despite the lighting being on the dark side. DJs were spread out in different sections of the high-volume building, some so high up that it was almost impossible to see them. At the other end of the building massive ‘posters’ with the Johnnie Walker Black Label bottle projected on them, were projected on the wall, a number of men and women, their names being unknown to me, and no announcement was made as to who the poster models were.

Inside the venue two well-dressed staff handed out a card, entitling one to walk through a brand history and whisky tasting. Having nothing else to do, I followed some other guests heading into that direction. We were greeted by Ebony, oddly dressed in white, given the Black Label sub brand. She irritated immediately by referring to all of us as ‘guys’. She seemed to think it odd that I requested her to respect the female guests in the group. She kept slipping into the ‘guys’ talk. There was no upfront 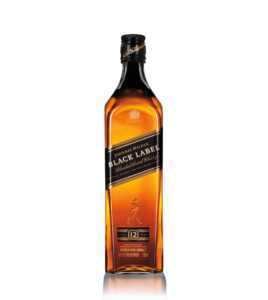 explanation as to what we were about to see or experience. In the first section was a store-like display, John (later to be called Johnnie) Walker having initially been a storekeeper, we were told. He had lost his father when his dad was only 40 years old. He was a master blender, of teas, and that led to single malts too. We saw some packs, and were asked if we knew why the label is tilted at a 24 degree angle. We were told that the full brand name could be communicated on the pack in this way. In the second section we were to sniff three flavors, but it was not explained what we were sniffing! Then we had to move on, to the third section, in which a bar counter had been set up. Here 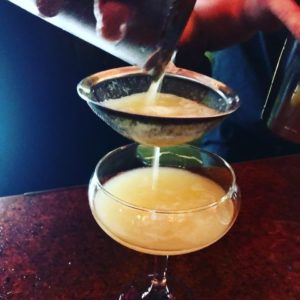 we tasted the Johnnie Walker Black Label neat, on ice, and with a choice of Tonic (not a good taste), or Soda.

Then we went back to the foyer event venue, which consisted of a long bar counter, at which one of three cocktails was served, or the Johnnie Walker was served neat or on the rocks. I had seen some guests drinking a 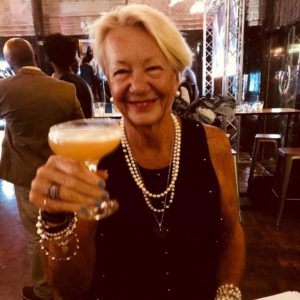 Wikipedia informs that Diageo is a British multinational alcoholic beverages company, representing spirits, beer, and wine. Well-known brands are Baileys, Guinness, Smirnoff, and Johnnie Walker. It also has a 37% share in Moët Hennessy. The company has offices in 80 countries, and sells its products in over 180 countries.

Bizarrest of all, for an event, is that no canapés were served! Furthermore, no brand representatives were seen, and no one took any interest in connecting with us as guests. I left after finishing my cocktail, coming to the realisation that I did not know anyone at the event, there appearing to be no other writers present. I also felt that the event was not designed for my demographic, as all the images projected on the wall were of black models. I must have been one of only three white guests, out of a total of about 200!