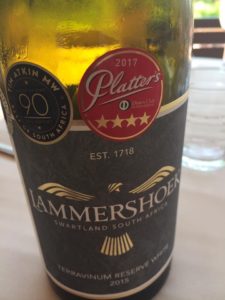 On Tuesday Winemag.co.za presented its inaugural Cape White Blend Report 2016 at Joostenberg Bistro, and announced that Lammershoek Terravinum Reserve White 2015 had achieved the highest score, at 95 points out of 100.

Winemag.co.za specified that the Cape white wine blend had to contain a Chenin Blanc component of between 15 % – 85 %. It was explained that ‘the idea is to recognize the growing category of wines which sees different white grapes combined in a formal way to produce something outstanding‘. Chenin Blanc is the most widely 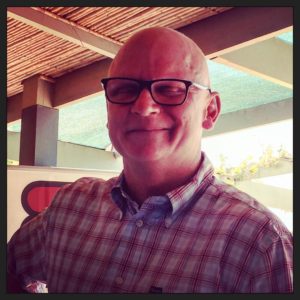 planted variety, which is receiving high acclaim for the quality of the wines solely produced from it. The idea of the new award is to recognize the role of Chenin Blanc in premium blends.

A total of 43 wines from 36 producers was entered. Wines were judged blind by judges Christian Eedes (Chairman), and James Pietersen and Roland Peens of Wine Cellar.  Fourteen of the entered wines received a score of 90 or more, as follows: 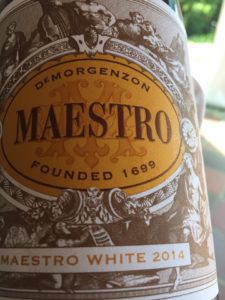 It was a first to enjoy a lunch as part of the Winemag.co.za event. A basket of baguette slices was brought to the tale, with butter. Three wines were poured, being the three top scoring wines, the Lammershoek, DeMorgenzon and Muratie wines.

The main course was a mussel 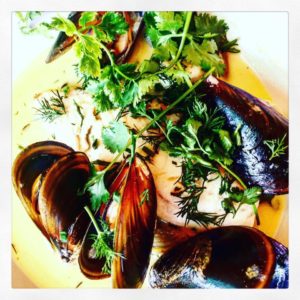 and linefish dish, the linefish being gurnot. As I am allergic to mussels, Chef Garth Bedford at very short notice prepared a very generous seared tuna dish with pasta and stir fry vegetables for me. Chefs Garth and Susan Dehosse, the wife of Chef Christophe Dehosse who has just opened The Vine Bistro at Glenelly, both 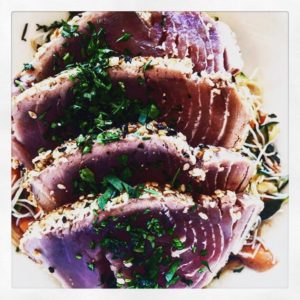 Dessert was replaced with a cheese platter of Camembert, blue cheese, and Boerenkaas with aniseed, which was served with fig jam, rocket leaves, a selection of nuts, and rye and baguette bread slices.

I had fun sitting next to Catherine Entwhistle, who owns Val Du Charron (the original name of Wellington) in my old hometown. 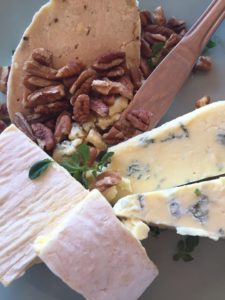 She received a score of 91 for her Val du Charron Four White Legs 2015, of which 2500 bottles were made. It is a blend consisting roughly of 30% each of Chenin Blanc and Pinot Gris, and 20% each Viognier and Roussanne.

She studied winemaking, not having much wine knowledge when she first bought the farm. Bertus Fourie, formerly of Diemersfontein, has been the winemaker for the past six years. Most of the Val Du Charron wine names have a link to the town. She makes the wine of Karl Lambour, who has a smallholding next door. She told me that she planted 18 varietals, before she knew anything about wine. Her Chardonnay is particularly highly regarded.