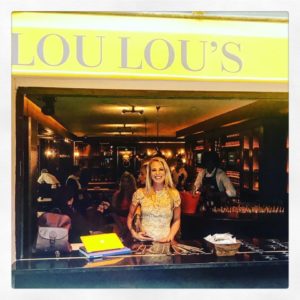 I was recently invited by Little Black Book event organiser Marina Nestel to two launch functions at Lou Lou’s Bar, a top new nightspot as well as daytime eatery, which has opened in the Cape Quarter in De Waterkant.

Lou Lou’s caters for De Waterkant diners who have not been able to eat at the Cape Quarter in
the evening, or to enjoy a drink at a bar in the centre, there not having been such a facility in the past. The dining focus is on Asian and Italian fusion tapas, created by Head Chef Chantelle Sousa. We 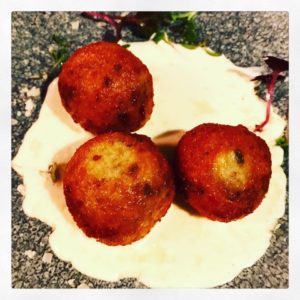 were offered a number of Tapas treats over the two events, the first a media launch on Friday afternoon, and the second an evening cocktail party launch the following day. Treats included Arancini balls, mozzarella 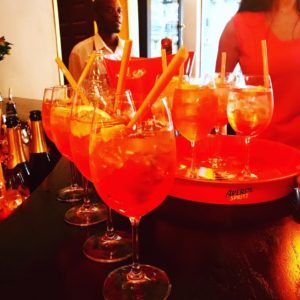 The welcome drink at the media launch was 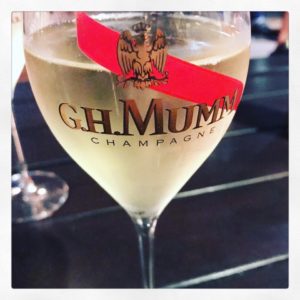 Aperol Spritz, and the servers wore matching orange dresses, and served the drinks on branded Aperol trays. On Saturday evening the welcome drink was G.H. Mumm champagne, and I enjoyed sipping on this bubbly.

Owner Sergio Zurini has more than eighteen years experience in the restaurant industry, and his Churchills Bar in Melrose Arch in Johannesburg is hugely popular. 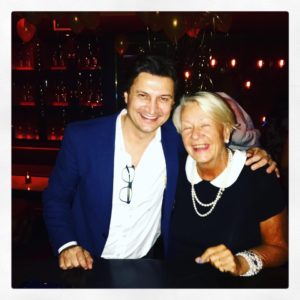 With Lou Lou’s he has created an establishment that is different, unique, and international. The interior design is New York-inspired, with modern finishes and attention to detail. Sergio has created an atmosphere which is inviting and enticing.

‘I designed Lou Lou’s with the intention of creating a warm, hospitable space that encourages people to enjoy an awesome lunch, intimate dinner dance experience 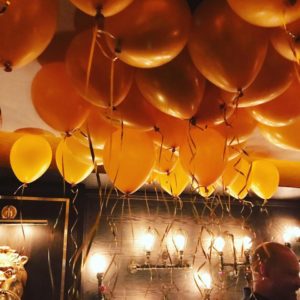 or a casual after-work drink at the bar. I also envision Lou Lou’s becoming the next best function venue in Cape Town, with our unique décor, delicious food and constantly vibrant energy’, said Sergio about Lou Lou’s. 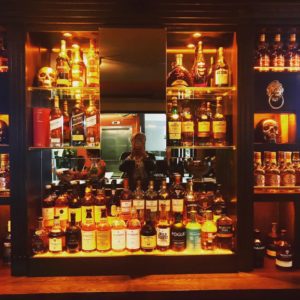 Lou Lou’s has become a top Cape Town nightspot. It stocks a wide range of wines (I was introduced to the Madonna wine range at the media launch), wines by the glass, as well as single malt whiskies. Top local DJs spin the discs, and I enjoyed dancing until the early hours of Sunday 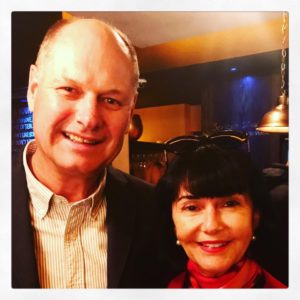 I will not easily forget the two Lou Lou’s events, for connecting me to very special persons. At the media launch I reconnected with Mark and Linda Ransome, whose son Robert was a close friend of my son Alex whilst both were at Camps Bay Prep and Camps Bay Primary schools, and Alex spent many enjoyable hours at the Ransome house up the road from us in Camps Bay. We spent the whole afternoon chatting and 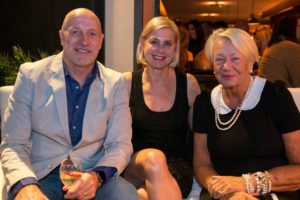 catching up, talking about The Book, and exchanging photographs of our boys living overseas.

On Saturday evening Marina introduced me to Helen and Mark Bowes, and I joined them on the couch, the evening being so mild that we could sit outside. Mark is a highly regarded dentist, and we enjoyed each other’s company. It was unbelievable that we had been on the 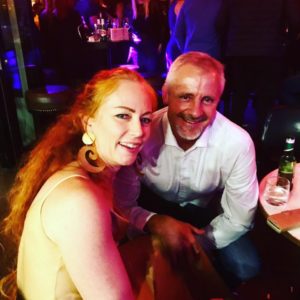 same Emirates flights from London to Dubai, and Dubai to Cape Town, just six days earlier, and then met at the Lou Lou’s launch function!

Another surprise connection was meeting up with Thomas Altmann again, after 26 years, when I had first met him as a student in my Marketing class at Damelin, a cheeky youngster then who ate during lectures at the back of my class. He lived across the road from us in Camps Bay. Thomas is married to Ingrid Altmann, who handled the PR for the two launch events on behalf of the Little Black Book.

Both events were thoroughly enjoyable, and I will be heading to Lou Lou’s to dance there on weekend evenings, to warm up for the big dancing at La Parada Constantia Nek on Sunday evenings.