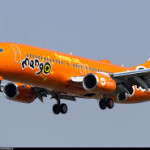 The Sweet Service Award goes to low-cost airline Mango, which is the first local airline to pass on fuel savings to its passengers, due to the decrease in the cost of crude oil.  Mango announced this week that it was dropping fares by up to 25%, with immediate effect.  The tourism industry is more than delighted. 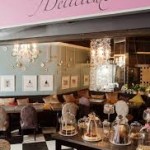 The Sour Service Award goes to Café Delicieux in Welgemoed, for the poor service by the owner, when I gave her feedback about the poor service of the waitress, who seemed astounded that one could sit at a coffee shop on one’s own!  She told me that the waitress is the best she has, and that she would support her waitress!  The scones I ordered were dry and tasteless, there was not enough butter and it was soft, and there were only three choices of cake compared to the heavily laden cake table in the past when the coffee shop was owned by Serita Landman, as per the photograph.  When I asked the owner about cupcakes, she said that they don’t offer them anymore!  The coffee shop was almost empty, and the poor service I experienced must explain it!