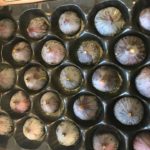 The Sweet Service Award goes to Melissa’s, and its Area Manager Mariska Slabbert, who has been extremely efficient and service-orientated in assisting me with the supply of fresh figs, arranging to leave some for me at their Paarl branch, when I recently drove through the town. She also assisted in sourcing stickers which the Kloof Street branch used to sell, but which had been sent to their Stellenbosch branch. She had them sent back, for me to collect, sending me a message that they had arrived. 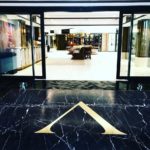 The Sour Service Award goes to the new Artem Centre in Sea Point, the former Adelphi, which was officially opened on Wednesday. Coco Safar is the anchor tenant with Pick ‘n Pay. Some tenants are not yet trading, and some stores don’t have tenants yet. The Artem Gallery was not open to view the artworks yesterday. There are no other new tenants to attract one into the centre other than Coco Safar. There is no location nor handle for the Centre for Social Media!