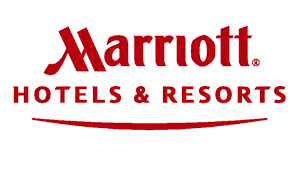 Despite the number of hotel projects already underway in Cape Town, more are planned, with another 500 hotel rooms to be added in the city, representing an investment of R2 billion.

Three new Marriott International hotels are to be built in Cape Town, in association with the Amdec Group:

The three hotel projects were welcomed by Western Cape Minister of Economic Opportunities Alan Winde, saying that it would boost job creation.  ‘This investment by Marriott International, a leading international brand, is excellent news for our tourism sector. I would like to thank the group for their business confidence in the Western Cape. Tourism is our fastest-growing sector, and through the Western Cape’s Project Khulisa growth strategy, we are seeking to add up to a further 100 000 jobs to this sector. To reach this goal, we launched the Cape Town Air Access strategy to make it easier for tourists to visit us. We’ve added over 400 000 direct two-way seats between our region and key international markets’.

Minister Winde added:  ‘The expansion of the Cape Town International Convention Centre is also set to double the centre’s existing exhibition capacity. We will see an increase in the number and size of conferences, resulting in more business travellers to our region. Developments such as Marriott International’s three new hotels will cater to the Western Cape’s projected increase in business tourism’.

Marriott International said that the planned hotel developments confirm our country’s importance to the international business and leisure travel market. They will strengthen the reputation of Cape Town as one of the world’s leading destinations, and will increase the number of tourists to our city.

In addition to the hotel developments, additional construction in the city centre worth R16 billion is planned, including apartment blocks, mixed-use buildings, and enlarging existing buildings. These include the new Netcare Christiaan Barnard Memorial Hospital, the completion of the SunSquare and StayEasy Tsogo Sun hotels, the expansion of the Cape Town International Convention Centre, as well as the upgrade of the Radisson Blu hotel and residences on Riebeeck Street.  The Modern is a new block with a hotel, planned for the harbour end of Bree Street.  The Capetonian hotel will be upgraded. The tallest building in Cape Town will become the proposed new Zero2ONE Tower, at the corner of Adderley and Strand Streets.