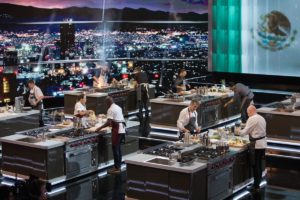 An exciting and what is described as the most challenging chef competition to date, will be aired on Netflix on 20 November, and will project Cape Town Chef Ash Heeger, of recently renamed and relaunched Riverine Rabbit, onto the world cooking stage!

According to Eater, all the 10 episodes of ‘The Final Table’ global culinary competition will begin airing on 20 November, with 24 chefs from 18 countries participating in nine country-themed challenges, a MasterChef like feel from the Trailer I watched, perhaps not surprising that the two Executive Producers of the series worked on MasterChef in the past. Netflix has revealed the list of competitors, food critics, and ambassadors participating in the program.

The team of judges, stars of the culinary world, include Grant Achatz of Alinea in Chicago; Clare Smyth of Core in London, winning two Michelin stars in its first year of opening, a rare accolade, and who was named Best Female Chef at the World’s 50 Best Restaurant Awards earlier this year; Anne-Sophie Pic of three Michelin star Maison Pic, and a former recipient of the Best Female Chef of the World’s 50 Best Restaurants; Vineet Bhatia of former one Michelin star London-based Rasoi, and renamed Vineet Bhatia London, but which closed its doors one week after receiving its one Michelin star for the new restaurant. I met Chef Vineet when he cooked at Chefs who Share in Johannesburg two years ago; and Enrique Olvera of Pujol in Mexico City, and Cosme and Atla in New York City.

Eater shares that each country-themed challenge will feature a team of celebrity ambassadors, as well as a food critic, to help judge the individual competitions. Sharp Jay Rayner from thecUK has been named as a critic for one of the episodes. Competing chefs work in teams of two, not necessarily from the same country. Challenges will be nine country cuisines outside of the normal cuisine domain of the chefs. There will be MasterChef-like elimination challenges, with the winning chef receiving the honour 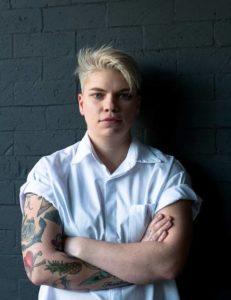 of eating at The Final Table with the international chef stars.

Chef Ash is still named as being at ASH Restaurant in the Netflix publicity. She has international experience, having worked at Dinner at Heston Blumenthal and The Ledbury in London, returning to Cape Town in 2016 to open ASH. Prior to leaving for London, she worked at Cape Town’s top The Test Kitchen. Chef Ash is competing in a team with Alex Haupt from Amsterdam. A Google search reveals that he has worked at the Hoofstaad Brasserie, while LinkedIn describes him as ‘Owner Head Chef of 101 Gowrie’.

Chefs at the Final Table