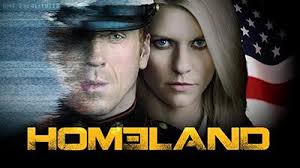 The new immigration regulations, introduced late last month, are not only a deterrent to immigrants to our country, but can also seriously affect the R5 billion film industry of Cape Town, reports the Cape Times.  The new regulations differentiate between temporary visas and long-term residence permits, and new procedures have been introduced to change from one visa type to another, amidst uncertainty of exactly how the new regulations are to be implemented.
Garreth Bloor, the new City of Cape Town Mayoral Committee member for Tourism, Events, and Marketing,  has requested the Department of Home Affairs to review the regulations.  He said to the Cape Times: ‘In the tough global economic environment, the country needs to remain competitive in as many sectors as possible‘. The change in the procedures could cost the local film industry R1 billion, and affect the employment of 600 workers in the film industry.
The biggest problem for the film industry is the implementation of the regulations in the case of filming delays.  It is also not clear if agents may apply on behalf of production teams and actors to enter the country.  The production of a new season of the American series ‘Homeland‘, which was due to be filmed in Cape Town this month, has had to be delayed due to the new regulations.
The Department of Home Affairs had little interaction with the film industry prior to changing its regulations.  Any obstacles to film productions could deter future film productions from being filmed in Cape Town or elsewhere in the country, affecting tourism as well as the economy of the city and the country.
Lawyer Craig Smith has applied to the Western Cape High Court for a court order to stop the implementation of the new regulations, and his case should be heard this week.  He sees the new regulations as being contradictory to the spirit of opening the country to tourists from around the world during the 2010 World Cup.
According to Business Day, new Minister of Home Affairs Malusi Gigaba said that the new immigration regulations have been implemented to ensure the safety of South Africans, and to ‘improve the stature of South Africa as a tourism and investment destination’, even though it appears to be achieving the opposite!  The Minister said that eleven visa facilitation centres will have opened in the country, one in each province, by the end of this month.   The Minister said: ‘We are insisting on basic things that foreign nationals must abide by in sojourning in the republic.  These are precisely the same requirements, legislation and regulations South Africans must abide by and comply with in their sojourn to other countries’!  The new visa application process is said to be moving to digital, and therefore should be faster than the current manual system.
If Minister Gigaba is serious about wishing to promote Tourism, he should urgently meet with the tourism and film industry to address the problems that the new immigration regulations are creating!
Chris von Ulmenstein, Whale Cottage Portfolio: www.whalecottage.com   Twitter: @WhaleCottage
Share
Tweet
Pin
0 Shares