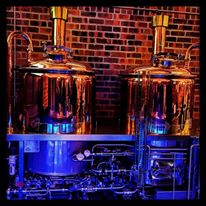 #   Mulberry & Prince has opened on the corner of Bree and Pepper Street, with owners American Cynthia Rivera and local Cornel Mostert

#   The Orangerie has opened at Le Lude in Franschhoek

#    Live Bait has opened in Muizenberg

#   Pop-up Luke Dale-Roberts at The Saxon inside five hundred in Johannesburg has become a permanent restaurant.

#   Chef David Higgs is opening his 250-seater Marble restaurant in Rosebank in Johannesburg on 4 July, with business partner Gary Kyriakou. Chef Werner Spöhr has joined them, as has Wikus Human, the new Wine & Associate Manager.

#   ONE Wine Bar and Bistro has opened in Riebeek Kasteel

#   An interesting rumour is that Chefs Liam Tomlin and Ivor Jones are to jointly open a restaurant at The Silo hotel development in the V&A Waterfront,.   The Silo hotel is due to open in March 2017, and will have the Rooftop Restaurant, Rooftop Champagne Bar, and The Silo Café as its offering.

#   Papa San, previously of Takumi, is opening his own restaurant Obi in conjunction with Ben Bettendorf on Long Street in July.

#   A new Slip Slops restaurant is to open in Cape Town.

#   The Harbour House Group is to take over The Grand on the Beach, promising to make it grand again!

#   Tuscany Beach in Camps Bay is closed for renovations. The new restaurant The 41 will open in November.

#   Crisp in Franschhoek has closed, to make space for the new Woolworths.

#   Borage Bistro has closed down at its Bree Street premises, to relocate to new premises, and reopens in September.

#   Reuben’s Franschhoek will move to new premises, and its space is to become a Woolworths.  It has closed for renovations, and reopens at its new location at 2 Daniel Hugo Street in November. They will operate a pop-up restaurant at the Riffel-owned Racine at Chamonix in June and July.

#   The Stack has re-opened, after renovations due to fire damage.

#   Chefs Warehouse’s Streetfood has closed, and has been replaced by their No Reservations Bar.

#   The Bakery @ Jordan is no longer operated by Chef George Jardine.  It has been taken over by Jordan Winery.

#   Rivendell Restaurant has moved to the Wine Tasting venue on the wine estate.

#   Chef Eric Bulpitt and his team are leaving The Restaurant at Newton Johnson at the end of September, and are opening at Avondale on 1 November.

#   Chef Andres Condé has left the Harbour House Group, and returned to Spain.

#   Chef Garth Almazan has left Catharina’s, and Chef Archie Maclean has taken over, having left Neethlingshof.

#   Chef Henrico Grobbelaar now heads up the kitchen at Southern Sun The Cullinan.

#   Luis Pinheiro is now GM of the new Silo hotel in the V&A Waterfront.

#   Chef Duncan Doherety is said to be moving back to Franschhoek, to take over Café des Arts or Le Verger at the Le Franschhoek Hotel.

#   The Kitchen at Maison is closed in June and July.

#   Reuben’s Franschhoek: Closed for move to new building. Opens as a pop-up at Racine (Chamonix) in June and July (closed on Tuesdays).

#   Gaaitjie in Paternoster is closed until 3 August.

#   Karoux in McGregor is closed in June.