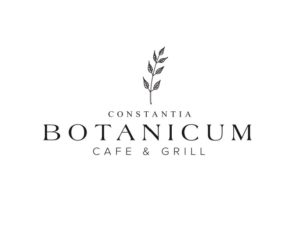 Winter is on our doorstep, autumn making itself felt already. Traditionally winter commences at Easter, giving the restaurant industry just three weeks to make its last bucks. The only new restaurant that I have heard open is Botanicum Café & Grill in Constantia, previously Bootlegger Café & Grill, now (silently) 50% owned by Bootlegger, as the concept was not working with the Bootlegger name, it being seen as a coffee shop and not a stand-alone restaurant.

#   Chefs Rikku O’Donnchü and Warwick King have left Gåte Restaurant at Quoin Rock wine estate, creating the SŸM Group, and are to open a new restaurant in the Cape Town city centre in November.

#  Bones Kitchen & Bar has opened in the Palms Design Centre in Woodstock. It is owned and owner-managed by well-seasoned restaurateur Rudi Minnaar.

#   Gåte restaurant has opened at Quion Rock Winery, with Rikku O’Donaghue as the Executive Chef, who worked at two Michelin star restaurant Merchants Manor before moving to our country. He also worked at The Fat Duck and French Laundry. Head Chef is Warwick King, previously with Delaire Graff, The Stack, and The Ritz Revolving Restaurant. Other team members include Pastry Chef Izelle de Villiers, Nicole Loubser, Tyrone Truter, Josh Crewdson, and Ricky Allemann.

#. Michael Townsend, founder of the Harbour House Group but no longer with the Group, has opened Cowboys & Cooks Steakhouse & Bar in Sunset Beach. He has also bought Sevruga in the Waterfront. A third restaurant, in Sea Point will open in September 2019. All three restaurants are/will be operated by Cowboys & Cooks CEO Stuart Bailey.

#  The new Cowboys & Cooks restaurant group is to open a Cowboys and Cooks restaurant in Stellenbosch; The Backyard BBQ in various locations; Cabron Tex Mex restaurants in Durbanville and Stellenbosch, alongside the Bree Street Branch; and Viva Tex Mex in Kenilworth. It has taken over Slug & Lettuce, a Gastropub franchise with six branches, for which a new look and menu will be developed, starting off in Durbanville.

Restaurant Review: Café Paris not French at all, other than a poster of the Eiffel Tower!

#  The La Colombe Group has taken over the bar and restaurant at Le Quartier Français in Franschhoek, called Protégé. Stephen Raaff is the Head Chef.

#  VIXI Social House has opened on the corner of Strand and Bree Street.

#   Chef Bertus Basson has expanded his restaurant empire, opening Eike by bertusbasson as his  fifth in Stellenbosch.

#   Crayfish Wharf has opened in Paternoster.

#  Grande Provence in Franschhoek has opened The Bistro as an extension to its Tasting Room.

#  Osetra has opened in Kalk Bay.

#   The Commissary has opened next door to The Shortmarket Club, with Chef Wesley Randles and Simon Widdison, under the mentorship of Chef Luke Dale-Roberts. It is a no-reservation, back to basics offering.

#   The Harbour House Group has bought Mondiall in the V&A Waterfront, and has turned it into a La Parada.

#  Chef Peter Tempelhoff has opened FYN Restaurant and bar in Speaker’s Corner on Church Square. Jennifer Hugé is the new GM, and Ashley Moss is the Chef, moving across from the Greenhouse.

#   Bobo’s Brasserie has opened in Mouille Point, where Pepenero used to be.

#   Chef Chris Erasmus is said to be opening a restaurant at Haut Espoir, with Chef Nick Oosthuizen in the kitchen.

#   Haus & Laib Deli has opened in the former Eurohaus space on Loop Street.

#  Macau has opened in the former Savoy Cabbage space.

#   The Hungry Monk has closed in Greyton and moved to Paternoster. In its place, a Portuguese/Mozambiquen restaurant will open in Greyton.

#  Bush Café has opened as a safari-style restaurant in Gardens

#   Myog frozen yoghurt has opened as a pop-up in Camps Bay.

#  Chef Liam Tomlin has opened Brugarol in Barcelona, with Chef Angelo Duarte Scirocco in the Kitchen.

#  The Harbour House Group has bought The Lookout Deck and Equinox in Plettenberg Bay.

#  GiGi Restaurant under the helm of Chef Guy Bennett is to open in the Gorgeous George Hotel in the Cape Town city centre.

#  WCafé operated by TriBeca is opening in Camps Bay in May, with a new Woolworths Food.

#   Wingerd Vista has opened in the space of Dirtopia Restaurant on Delvera Estate outside Stellenbosch, a joint venture of Janine van Zyl of Cold Gold and Vanessa of Die

#   The Dark Horse Rooftop Bar has opened in Kloof Street.

#  Bootlegger Café & Grill in Constantia has changed its name to Botanicum Café & Grill, now 50% owned by Bootlegger and 50% by Mark Botes. It opened in March. The website is not yet operational.

#. Mugg & Bean is said to open in The Promenade in Camps Bay.

#  Jewells is opening at Spice Route, with Neil and Tina Jewell.

#   Marilyn’s is to open next door to Café Roca Speakeasy in Franschhoek in May, as a champagne and oyster bar, and Sushi restaurant.

#. The Ritz is closed, and with it its Top of The Ritz and CASA restaurants.

#  The Restaurant at The Nek, with Chef Duncan Laity, has closed, six weeks after opening. No ‘Manley Magic’ could make this restaurant work.

#  Beleef in Franschhoek has closed down.

#  Bertus Basson @ Spice Route has closed down outside Paarl.

#   Primal Eatery has closed down.

#  The Melting Pot has opened as a pop-up where Marrow used to be on Loop Street.

#   Thai World has closed down in Harfield Village.

#   Open Kitchen has closed in McGregor.

#   The Mess has closed down in The Rockwell.

#   Delmar has closed down in Camps Bay.

#   Chef Evan Coosner has left Open Door/Bocca/Burrata, and is now a consultant chef.

#   Chef Archie MacLean has left Catharina’s and moved to Coco Safar. He has since left Coco Safar, and is said to have joined Café Bon Bon in Franschhoek.

#  Chef Matthew Ambruster is the new Head Chef at Hartford House. Former Head Chef Chris Papyannis is to open his own restaurant in Mooi River.

#  Chef Peter Tempelhoff has left Greenhouse and the Liz McGrath Collection, to concentrate on his  FYN Restaurant.,