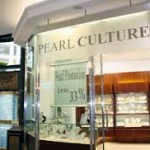 The Sweet Service Award goes to Pearl Culture in Canal Walk, and its shop assistant Hanile Hugo, for whom nothing was too much trouble in restringing a bracelet in 20 minutes, so that I did not have to return to Canal Walk a few days later to fetch it again.  A pearl bracelet which I bought in their sale was lengthened by Hanile while I waited too, without a charge for the added pearls.    It is sad news that the retail outlet will close down later this year, as it has been a reliable source of pearls, and their restringing service is one of few available by jewellers in Cape Town.  She was friendly and a pleasure to deal with.

The Sour Service Award goes to ‘digitally-led full-service marketing agency‘ NATIVE (who in South Africa would choose such an inappropriate company name?), and its Cape Head Ben Wagner.  Wagner wanted to get hold of a guest of ours, and called us to speak to him.  I explained that we do not have telephones in the rooms, as all guests have cellphones, that all calls are diverted to my cellphone, and that I had left the guest house for the day.  I asked him to contact his friend directly on his German cellphone number as I would only see the guest the next morning – surprisingly he did not have his friend’s number, and neither did I.  Wagner was enraged that he could not get the message to his friend immediately, and was rude and demanding on the phone.  His reaction was beyond the norm for an annoyed person, and he unleashed a Twitter tantrum, with extreme abuse to ourselves!  We had to ask our security company for extra protection of our guest house in Camps Bay, as he tried to gain access to our property.  One wonders how abusive he could become if he were to be annoyed by his clients, including Distell, Foschini, Pernod Ricard, and Pick ‘n Pay, judging by his abusive behaviour towards ourselves.  Wagner’s Twitter Bio states that his Tweets express his own opinions, yet it has the link to the NATIVE website!