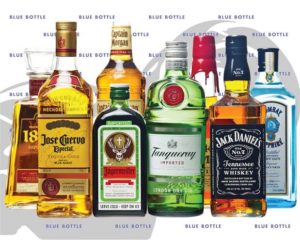 Western Cape Premier Alan Winde announced in his State of the Province address last week that the Province is to tighten its alcohol laws to curb the abuse of alcohol, a clear problem in our country, reports BusinessTech.

The Western Cape Liquor Act is to be amended, in order to address the alcohol abuse, and to enhance the efficiency of the Province’s Liquor Authority.

Premier Winde intends to work with the Liquor industry as well as with consumers ‘to find new and innovative solutions to reduce alcohol-related harms in the Western Cape’.

Planned changes include the following:

#   Confiscating seized liquor after the payment of an admission of guilt fine.

#   Aligning the Liquor Act to the Liquor Products Act, to ensure that the definition of ‘illicit liquor’ is the same

A Public Participation Process is to be called for the altering of existing liquor licences.

Premier Winde also plans to make it more expensive to buy alcohol, to act as a deterrent to purchasing it. The Province plans to introduce a per-unit-of-alcohol pricing system, which makes beverages with higher alcohol levels more expensive.

Stricter times of selling alcohol after the Lockdown has come to an end are also being considered.

The illegal sale of alcohol should be eradicated, making it harder for unlicensed vendors to become compliant, Premier Winde said.