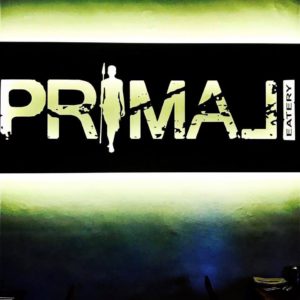 Primal Eatery, Baked on Long, and Ben Wei have opened in Cape Town and the Winelands during February. We update information about newly opened and closed restaurants continuously, and welcome news.

#  The Granary Café has opened in The Silo Hotel in the V&A Waterfront. See photographs on my Facebook page.

#   The Silo Rooftop is a new rooftop bar and light meal eatery in The Silo Hotel.

# The 41 has opened in Camps Bay. See our review on this Blog.

# Hard Rock Café is said to open in the V&A Waterfront.

# Dunkin’ Donuts will open 250 outlets in our country, the first outlet having opened at N1 City in Cape Town.

# Papa San, previously of Takumi, has opened his own restaurant Obi with Ben Bettendorf, on Long Street.

# Chef Ivor Jones has teamed up with Chef Liam Tomlin, and has opened a second Chef’s Warehouse, at Beau Constantia wine estate.

# The Grand Café and Beach in Granger Bay has re-opened. See our review on this Blog.

# Chef Garth Almazan, previously of Catharina’s at Steenberg, has opened a restaurant in Paternoster.

# House of H has opened.

# Baconville has opened in Willowbridge, a second restaurant by Richard Bosman.

# Tea in the Park has opened in the Green Point Urban Park.

# Black & Co will open in Constantia as a coffee and gift shop.

# Chefs has opened in Gardens, with Chef Jenny Ward in the kitchen.

# Baked on Long has opened

# The Stepbrother has opened in De Waterkant.

# The Classic Car Bar has opened in the V&A Waterfront.

# La Colombe will open a new as yet unnamed restaurant in Le Quartier Français in August.

# J’Something of Mi Casa is opening Something’s Cooking by J at the new Sun International Times Square in Pretoria in March.

#   Bosjes Kombuis is opening at BOSJES later this month, with guidance from Chefs Pete Goffe-Wood and Kim Cox.

#   The Sorrows Bar and Eatery has opened on Kloof Nek Road.

#   Chef Bertus Basson has opened The Deck at Hidden Valley.

#   The owners of Jarryds have opened The Chicken Shop in Sea Point.

# Borage Bistro has closed down at its Bree Street premises

# Ravish on Bree Street has closed down.

# Hudsons in Claremont is closing down.

# Searle’s in Greyton has stopped operating, and will only do catering for events.

# Panama Jacks has been told to find new premises by the Port authority, after 27 years of operating from the venue!

# Bloemendal Restaurant has closed down

#   Bistro13 has closed down at Stellenbosch Vineyards.

#   Baked at Bistro on Regent Road in Sea Point has closed down.

# Reuben’s Franschhoek space has become a Woolworths. It has closed for renovations, and reopens at its new location at 2 Daniel Hugo Street in March. It is currently operating as a pop-up restaurant at the Riffel-owned Racine at Chamonix.

# Chef Eric Bulpitt and his team have opened Faber at Avondale.

# The Fat Butcher has opened in Stellenbosch.

# The Mess has opened in The Rockwell, previously Café Dijon

# Adam Whitehead of The Power & Glory has taken over the Rafiki space to create a new eatery.

# Birds Café on Bree Street has undergone a transformation, and has reopened as Mink & Trout

# Orinoco has closed at its current premises on Bree Street, and reopens at an as yet unidentified location.

# Original Deli in Hermanus has changed its name to Soul Cafe Hermanus.

# Bootlegger has opened in Bakoven where Baked Bistro used to operate.

#   SCHOON (de Companje) has handed over the running of its restaurant and business to Boschendal until the end of July. SCHOON will re-open elsewhere at an as yet unknown venue and at an unknown date. Boschendal will close the Church Street eatery from August onwards, renovate, and reopen with a new brand. See more details on this Blog.

#   Richard’s Supper Stage and Bistro has relocated from Sea Point to The Rockwell Dinner Theatre in Green Point.

#   Cassis has moved its shop in the Garden Centre into a central open space.

#   Healey’s Cheesery & Deli is now based at Waterkloof Winery

# Chef Duncan Doherty is consulting to the restaurant at the Century City Hotel.

# Carl Habel is the new Manager of Nobu at the One & Only Cape Town.

# Chef Jochen Heathcote is now the Head Chef at The Restaurant at Villa 47, formerly at Myoga and Open Door.

# Chef Nick Oosthuizen from Swellendam has taken over the running of The Restaurant at Newton Johnson.

# Isabella Immenkamp has left Hoghouse at Spier, and is at the Vine Bistro at Glenelly now. Andre van der Merwe has taken over as Manager at HogHouse.

# Chef Sheldon Raju is no longer with Chefs Warehouse nor is he involved with Chef Liam’s new Indian restaurant Thali.

# Chef Chris Papayannes is the new Executive Chef and F & B Manager at The Thatch House Luxury Villas in Hermanus as of 9 March. He was previously at Chalk & Cork.

#  Chef Guy Bennett has moved to Bertus Basson at The Ritz.