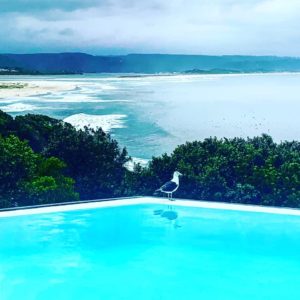 On our recent trip to Plettenberg Bay, my friend from Paris and I tried to visit as many of the better restaurants in the town as we could fit in. Given the disappointing visits to SeaFood/Sand at The Plettenberg in the past five years, it was not on my list of restaurants to eat at, but as it was on my friend’s list, I obliged, holding thumbs that things have improved! Sadly the service and food left much to be desired, despite it being under the guardianship of Eat Out Top 10 Group Executive Chef Peter Tempelhoff!

In 2016 I wrote the above review, and one in 2014 identified the same problem of poor service, certainly not matching the status of the hotel at five stars and having been Relais & Chateaux accredited. The latter accreditation no longer applies, the McGrath Collection hotels in Constantia, Hermanus, and in Plettenberg Bay having withdrawn from this international marketing network! 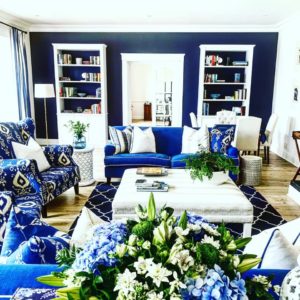 We had eaten a hearty breakfast at Sky Villa that morning, and were not really looking to eat any more for a while. The setting at the pool was superb, on a beautiful sunny day, but I did notice that the lawn alongside the pool was in desperate need of a mow! We asked for an umbrella at the table to be moved, so that we could have more sun on it. The seagulls were having fun sipping water from the pool, and a hotel guest found a seat in the pool, to read his book.  An idyllic setting. As we walked through to the outside area, I noticed that the lounge had been redecorated, in a most striking blue. I was told that they have an in-house decorator at the McGrath Collection.

We were brought various menus to peruse, for 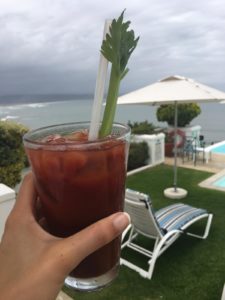 cocktails, the Winelist, and a lunch menu. My friend wanted a drink only, so ordered a Virgin Bloody Mary. She took one sip, and was shocked at how strong it was, feeling that a whole bottle of Tabasco had been added. Very kindly the head barman Honest offered to remake it for her, and eliminated the strong spicy liquid.

I had not intended eating, but in looking at the menu, the Garden Route Salad sounded perfect, with listed ingredients of pear, avocado, celery, walnuts, pecorino, and mustard dressing (R60). Our waitress Tamie brought a platter of breads, with seed loaf, lavash, and rye, and with butter. She kindly offered to bring us a refill. As I started eating, I saw that the salad ingredients did not match the description on the menu. I had carrot and lettuce in the salad, which was not specified, and my favourite avocado and walnuts were missing. The Camembert cheese was the minutest one 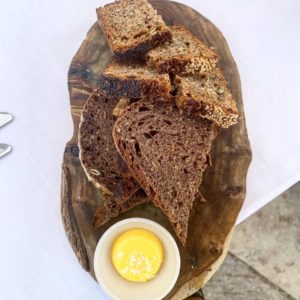 could have cut it, I having requested a replacement of the pecorino. Chef Jaco le Roux was in charge of the kitchen, his Head Chef Richie Rorich having the day off. He came to our table, apologised that he had not checked the salad before it 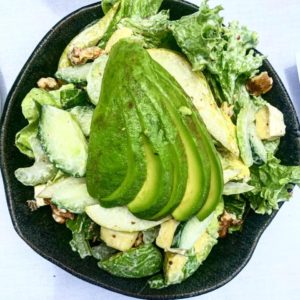 went out to our table, having been in the stock room. He took personal care of the replacement salad preparation, it having a generous amount of avocado, together with the missing walnuts, and the incorrect ingredients removed.

The Café menu offers sandwiches, dish and chips, a PlettenBurger, and the salads, served from 11h30 onwards, and probably is intended mainly for alfresco nibbling at the poolside. The prices range from R60 to R120.

So, in the end, the service recovery was very good, the Deputy GM Wiida Swiegers overseeing this and checking on us regularly. But for a five star hotel and a restaurant overseen by Chef Tempelhoff, the salad and the cocktail should not have had the mistakes they had. We had a pleasant time at The Plettenberg, and the final enlightening moment was when I asked Tamie when last Chef Peter had visited the restaurant. She told us that in the three months since she had started working there, he had not been to the hotel. It is clear that setting up his new FYN restaurant has kept him even further removed from his operational duty at the McGrath Collection hotel restaurants!

The SeaFood Restaurant was one of two McGrath Collection hotels, with FYN, at the heart of a recent legal interaction with Tempelhoff!

Chef Peter Tempelhoff ban from new FYN Restaurant implies it not being being fine enough for me!